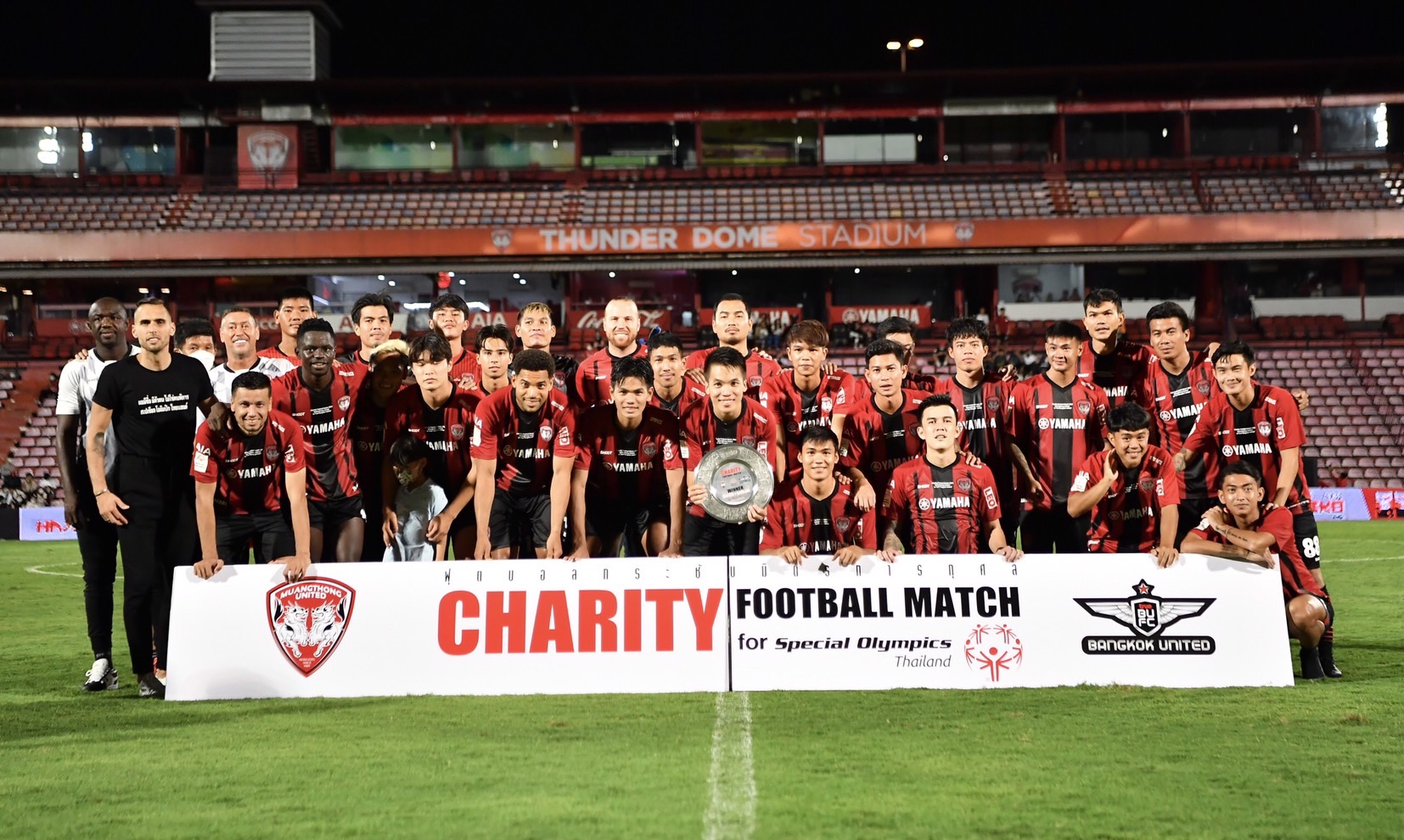 Muangthong United won the friendly match 5-4, which was a good chance for both coaches to try out new signings and test game plans.  The match was an entertaining affair for fans, with pre-game performances from GMM recording artists, a halftime demonstration of Thai dance, and then the announcement of the jersey auctions following the game.