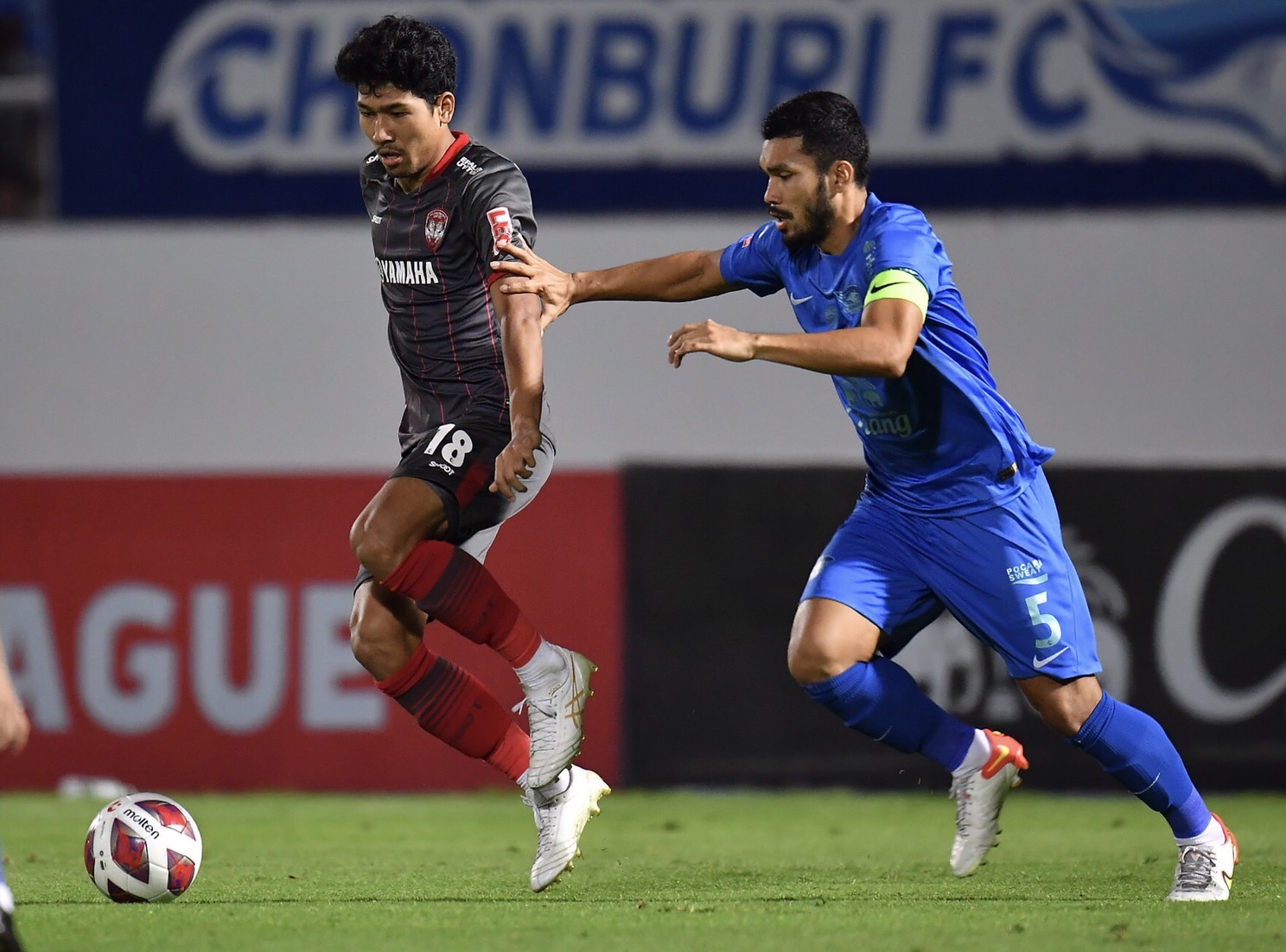 Muangthong United begin the second half of the 2021-22 Thai League season with a 1-1 draw away at Chonburi FC.

With the long break international break and the AFF Suzuki Cup championship for Thailand, the squad were well prepared, however, new signings such as Henri Aider were unable to join the club due to quarantine restrictions.

Coach Mario was looking to improve on the 3-3 draw at the start of the season but knew that Chonburi FC, sitting in the fourth position at the break, would be a tough opponent.

Muangthong were the better team for most of the match, controlling the play and creating the most chances.  Sardor Mirzaev scored on a free kick attempt that beat the Chonburi keeper at the near post.  Yet the Sharks equalized in the second half when a moment of lost focus allowed Croatian defender Renato Kelić onside for the easy goal.

Muangthong United have a difficult League Cup match on Wednesday and then play again on Sunday against last year's champions BG Pathum United.
Sunday 09 January 2022 / 04:43 AM