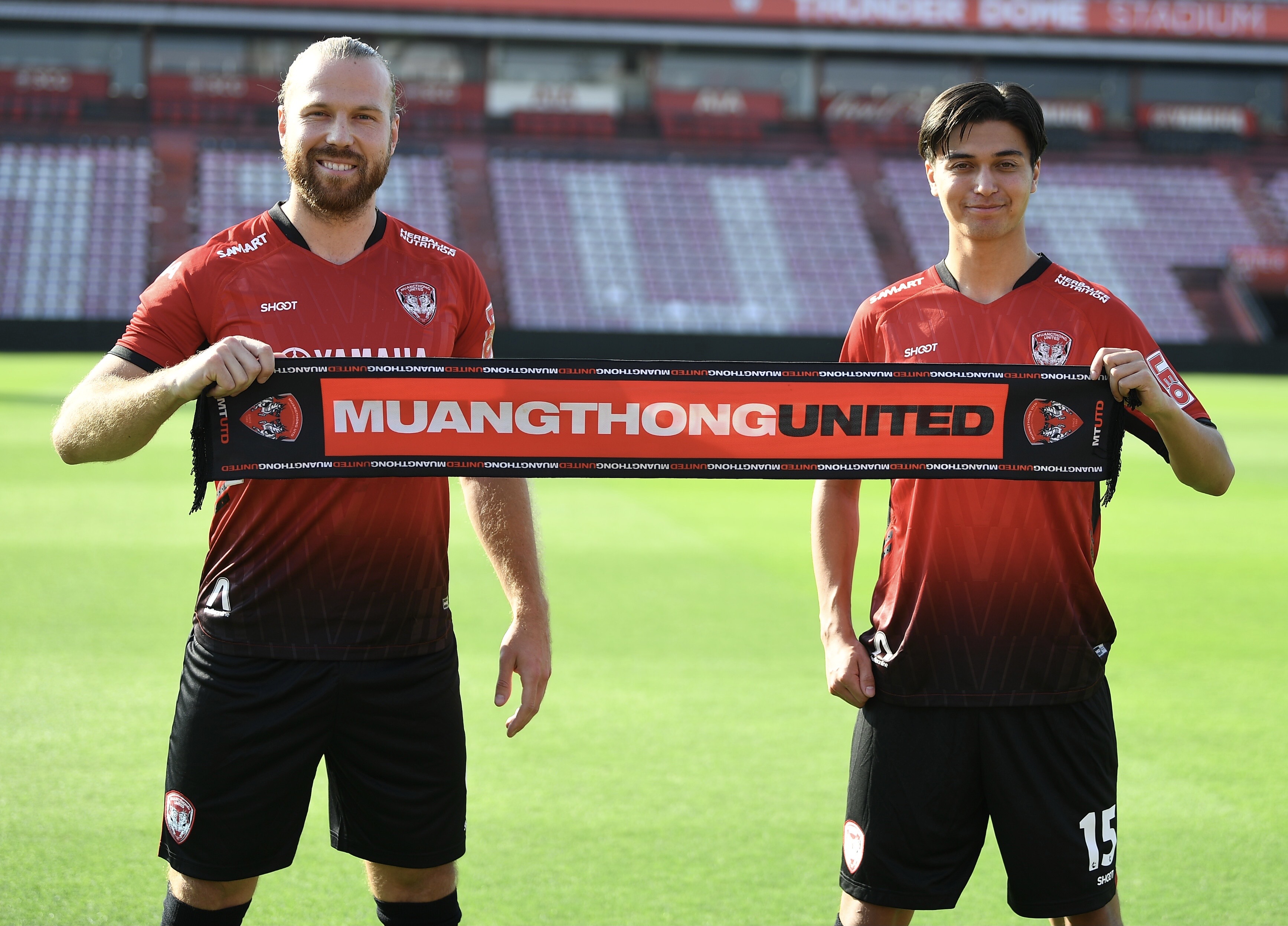 BIG SIGNINGS: Muangthong United are proud to unveil Henri Anier and Oliver Granberg as new signings at the start of the second leg.
Henri Anier, at 31, is a highly experienced national team striker from Estonia, while Oliver Granberg is a 21-year-old Thai-Swedish midfielder. Anier will take on the #9 jersey, with Granberg wearing #15.
The two were officially revealed to fans via the club's Facebook and YouTube channels on the afternoon of January 14th, 2022. Present were club president Mr Wilak Lohthong, club director Mr Ronnarit Suewaja, and head coach/manager Mario Gjurovski.  The live stream was heavily viewed by Muangthong fans and others from around the world.
Said Mr Suewaja, "We welcome Henri and Oliver to Muangthong, and we are especially happy to be able to have signed Henri as we're looking for that scoring punch which we expect he'll be able to provide. Both our new players are attacking minded and suit our club's needs, and we thank you for choosing Muangthong."
Said Anier, "I am very happy to be here, and everything happened very quickly.  Yesterday I attended my first training session, and the boys were welcoming and I already feel like one of the team.  Through friends who have played in Thailand, I am excited to join a club with such history in the league, and look forward to the competitiveness."
"I watched the 1-1 draw with Chonburi from inside quarantine, and I can see the quality, and we were the better team and deserved to win that game."
Said Granberg, "I wish to thank Muangthong United for seeing the potential in me.  I've followed the Thai league for some time, and I know Muangthong well. I will work hard to adjust and achieve the goals set for me and the club."
Granberg and Anier join Jesper Nyholm to make three new players to join the squad as Muangthong begin the second leg of the 2021-22 season.
The next match is against BG United, Sunday, January 16th, 7 PM kickoff at the Thunderdome Stadium.
Friday 14 January 2022 / 10:16 AM