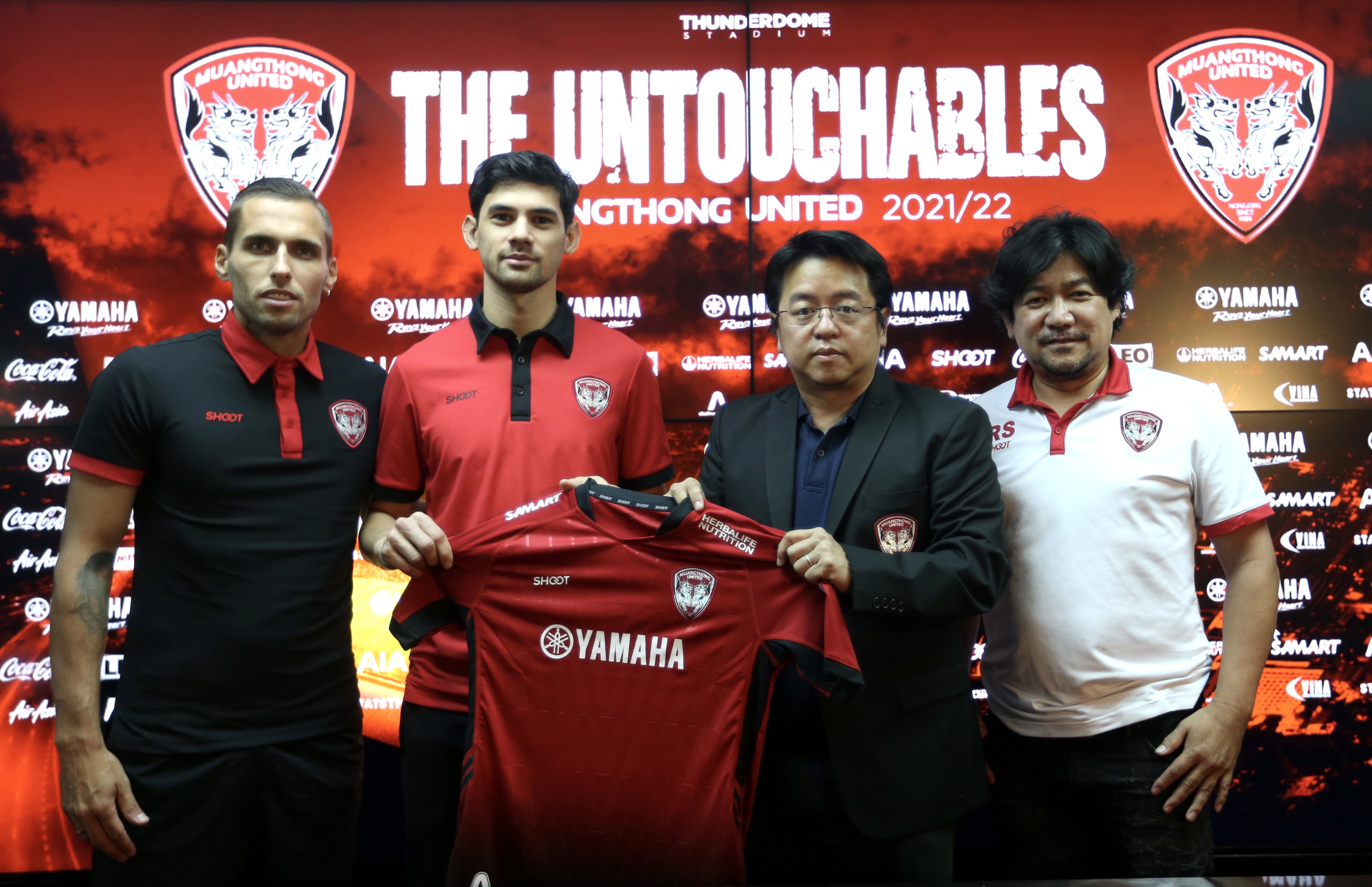 Muangthong United welcomes Jesper Nyholm.
The 28 year old central defender joins from Sweden's Djurgårdens IF Fotboll.  Nyholm joins on the ASEAN quota as he's also featured for the Philippines.
Born in Uppsala, Sweden, Nyholm has Filipino heritage through his mother, and Swedish through his father.
He developed in the Swedish youth system and entered professional play when 18 years old.  While often used as a centre back, Nyholm could also be pressed into a defensive midfielder role, adding depth and flexibility to the Muangthong squad.
He's played entirely in the Swedish top flight and had been considered for the Swedish national team. However in 2018, he suffered a serious ankle injury that almost ended his football career, and it was two seasons before he was able to return to action.
It was with the Azkals that he had his international debut in the recent AFF Suzuki Cup, where Nyholm scored in the 7-0 thrashing of Timor-Leste.
Said club director Mr Ronnarit Suewaja, "I'm pleased to announce to our fan club Jesper Nyholm, who joins us as a centre back.  He'll wear the number two and provide us options in the centre back role.  He will be a strong addition to us, and be competitive in the Thai league, and help us challenge for a trophy this season, and we're pleased to be able to sign him ahead of other clubs."
Head Coach Mario Gjurovski added, "First of all, Merry Christmas, and welcome Jesper to the Kirin family.  We were searching to improve this position, and he brings strong experience from Sweden. Jesper's performance in the Suzuki Cup only confirms we've made the right decision.
Over the month-long midseason break we've made some good developments, and Jesper will need to adapt and fit in quickly. We wish to win every single game from here on, and let's see where we are at the end of the season."
Nyholm commented that, "I very much look forward to this opportunity and thank you to the club for their trust.  I am here to win games, and win the league with Muangthong.  I've known about Muangthong from teammates with the Azkals, and there is a strong respect and reputation given to Muangthong.  To the fans I look forward to meeting you and sharing in victories."
Playing against Thailand in the Suzuki Cup I was impressed, especially with Teerasil, Theerathon, and Chanathip, and this quality is what attracted me to come and play in Thailand.
I know the Thai league has some strong attackers from Brazil and other countries, and I look forward to the challenge, and this only helps me to develop."
Nyholm fills one of the two slots opened through loan agreements. Coach Mario Gjurovski added that he's asked Santa Claus to bring him one more player for the second leg, and looks to the club to see their way to put one more gift under the tree.
The second leg gets underway January 9th away at Chonburi FC, and the first home match is slated for January 16th against last season's champions, BG Pathum United.
Tuesday 28 December 2021 / 09:49 AM