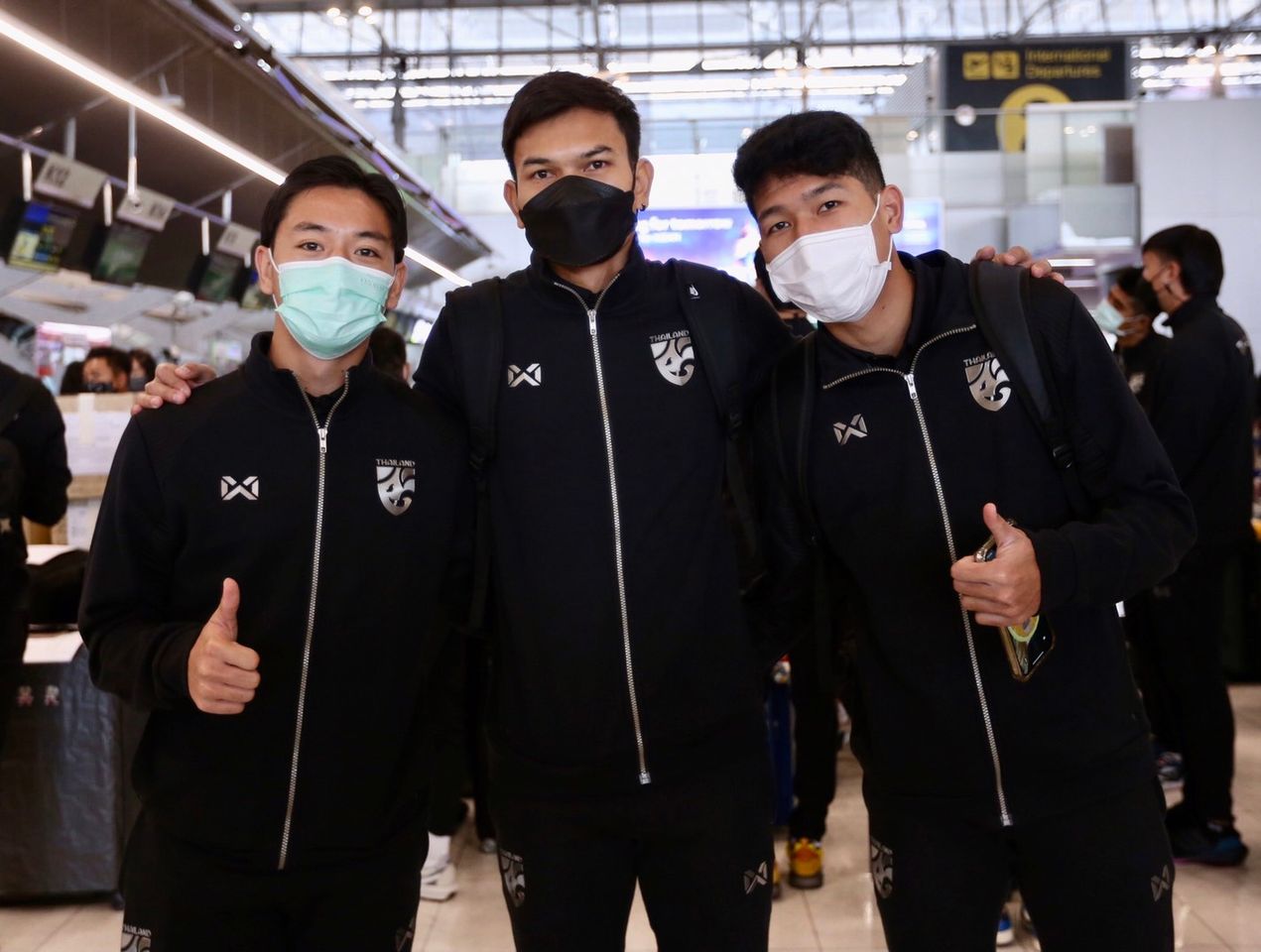 Muangthong United's trio departs for Singapore as the club supports Thailand's national team.
The 'War Elephants' are competing in the AFF Championships, known as 'The Suzuki Cup'.
Representing Thailand from Muangthong United are midfielders Picha Autra and Weerathep Pomphan, and striker Adisak Kraisorn.
Thailand is competing in GROUP A, with the following schedule of games:
December 5, 16:30 vs. Timor-Leste
December 11, 19:30, vs. Myanmar
December 14, 16:30 vs. The Philippines
December 18, 19:30 vs. Singapore
Matches are broadcast in Thailand live on Channel 7HD
The Suzuki Cup is an annual tournament between the footballing nations of the ASEAN region, featuring the national teams from ten nations in the region, including Thailand, Vietnam, Malaysia, The Philippines, and others. The 2020 edition had been postponed not once but twice and is finally set to be played during December 2021. Singapore will be the most nation this time around.
Wednesday 01 December 2021 / 07:06 AM