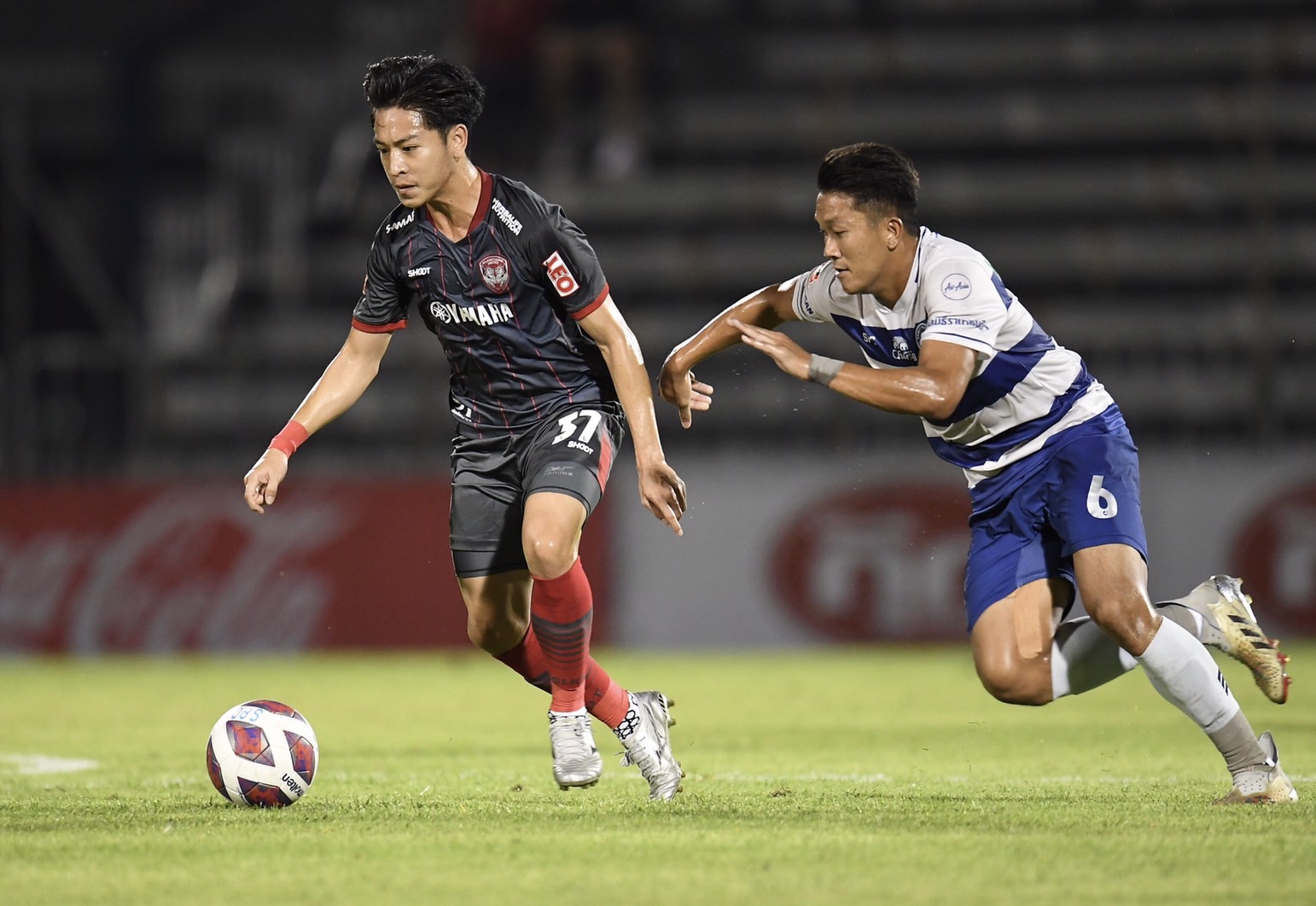 Muangthong United earned a point away from THE THUNDERDOME with a goalless draw at Samut Prakan City FC.

With coach Mario on his second of three touchline bans, Dagno Siaka ran the show.  With a flurry of games falling within 3-4 days of each other, Muangthong rotated players into the starting eleven.

For tonight’s match, Adisak Kraison was given the start.  Central defender Lucas Rocha returned to the lineup while his partner in the backline, Chatchai, was rested.  In his place, the Thai-Italian centreback Marco Ballini stood his ground.

Although evenly matched, Muangthong United had the better share of the ball and created more chances at goal.

Yet Samut Prakan City, located on Bangkok’s southern perimeter, also were dangerous.  Their powerful Brazilian attacker Eliandro almost opened the scoring at the sixth minute.  As seems to be the pattern with Muangthong, an early mistake handed the ball to Eliandro, who went one-on-one against Peerapong. The keeper was able to close down the space and deny any chance to shoot.

Muangthong’s own Brazilian forward, Willian Popp, also had good scoring opportunities.  The best chance came early in the second half when he curled a left-footed shot in and struck the underside of the crossbar.

Except for Muangthong’s early gaffe, both teams played a solid defensive game.  Samut Prakan City blocked many shots and was able to defend against most crosses into the box.

After halftime, Coach Dagno Siaka brought in Korawich Tasa and Jesse Curran on the attack, looking to change up the formation and find the winning goal.

In the final minute, Korawich looked to have it when his shot bounced short and was past the keeper, only to miss just wide of the target.

Muangthong United will once again have just a few days of recovery before the next game, Sunday, November 14th at THE THUNDERDOME, 6:00 p.m. kickoff against northern Thailand’s Chiang Mai United.