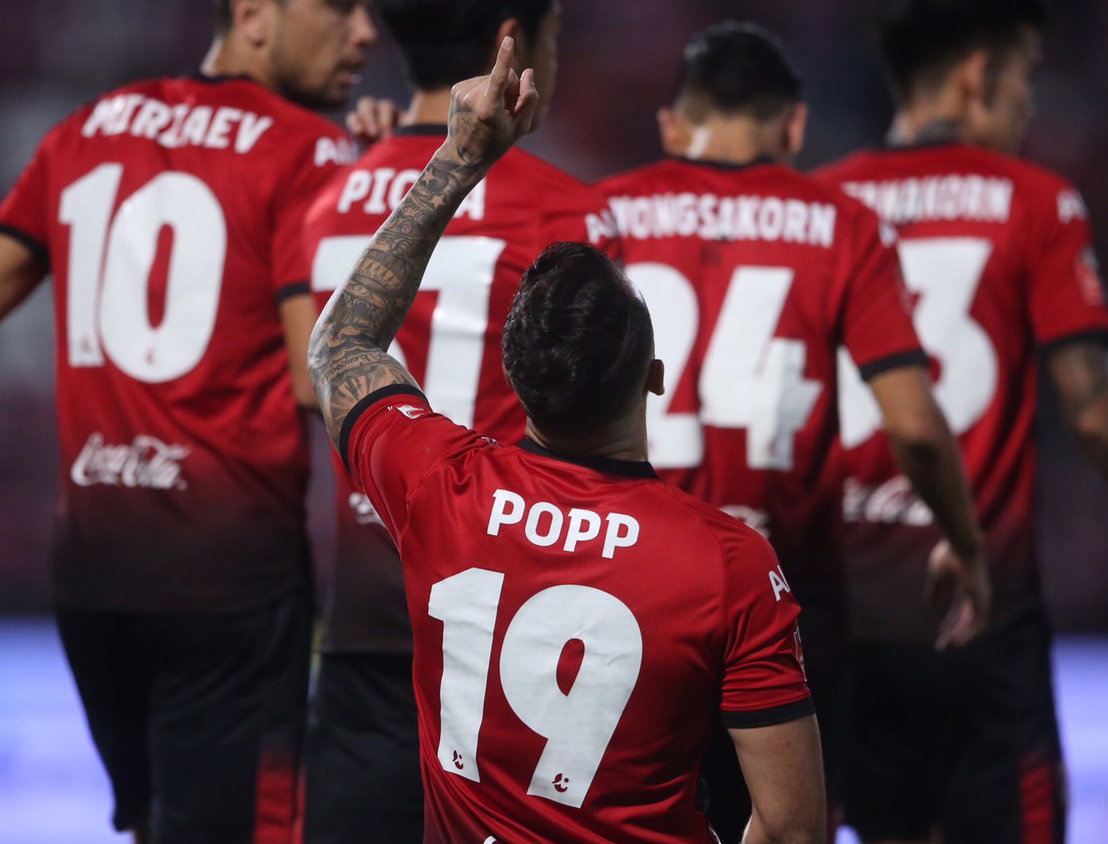 At the end of the first leg of games, Muangthong United's Willian Popp is the Thai League's top goal scorer.

Popp has knocked in 10 goals in 15 games, helping Muangthong United to land the sixth position overall at the season's halfway point.

Said Popp, "I'm pleased to have been able to score ten goals, and I have to give credit to the entire squad for creating goal-scoring opportunities and the level of teamwork on the pitch.  Yet we have a long way to go and a lot of hard work to put in,  and we are all focused on improving between now and the end of the season.

The strong offensive line of the Muangthong United club has released the credit for his teammate Kilen swagger. After playing an important role, he held the top scorer in the Thai League with 10 goals, ending the first leg. Encourage friends to work hard continuously to lead the Muang Thong United army to be successful this season.
Monday 29 November 2021 / 06:37 AM