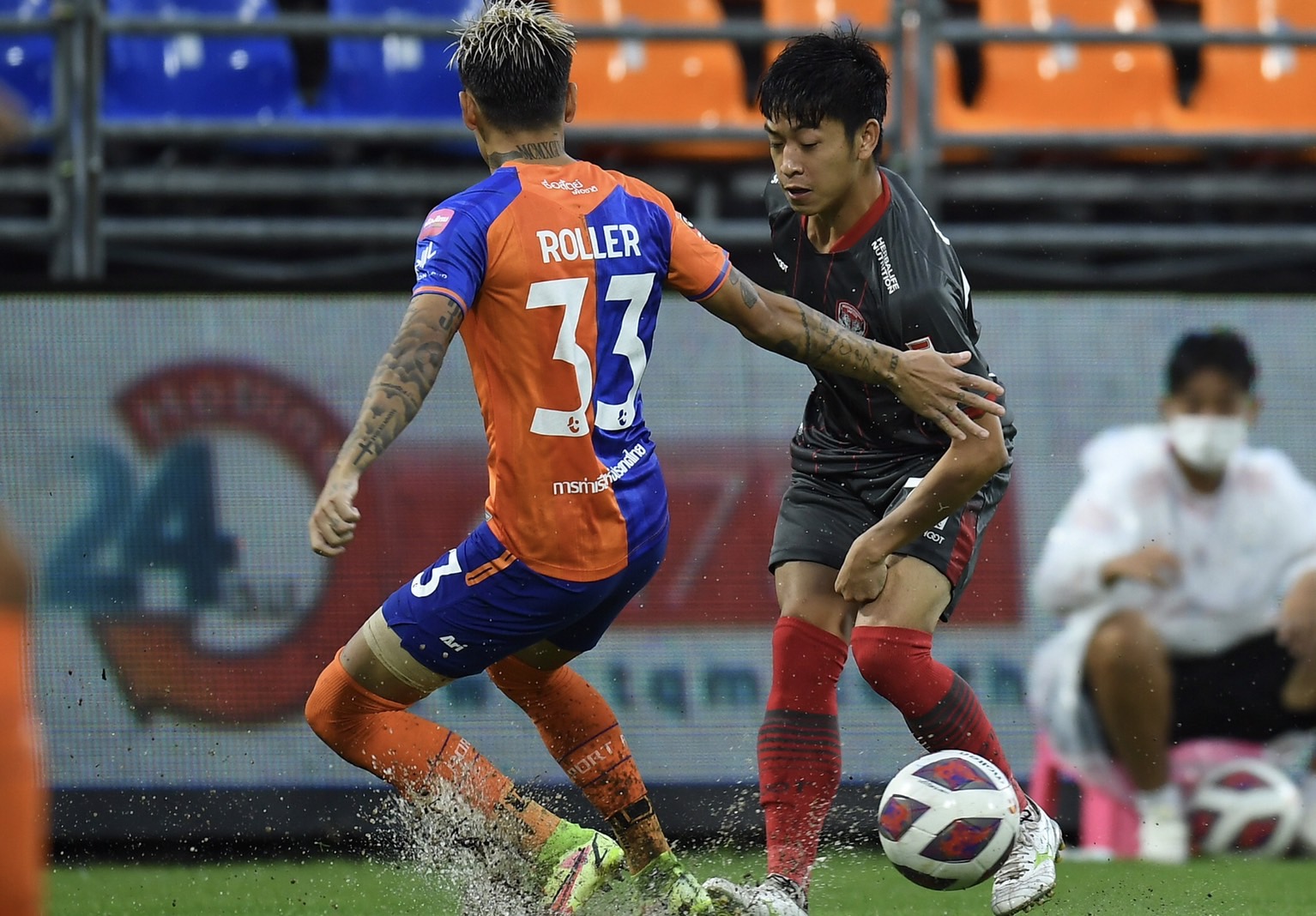 DESERVE AT LEAST A POINT!

The game was a close battle, as the 0-1 scoreline suggests. Port FC gained the advantage early in the first half.  Playing on a soggy pitch, as heavy rainfall just before kickoff soaked the stadium, Muangthong United keeper Somporn Yos scooped up an attempted pass.  Port FC attacker Nelson Bonilla was quick to the scene, wedging the slippery ball out of the crook of Somporn’s arm to score.

As the game progressed and the pitch had time to drain, Muangthong began to dominate.  Playing the MARIO STYLE, the Kirin moved into the attacking third and applied pressure.

Adisak Kriason, winning many headers, almost equalized when the ball found the post.  Another good chance presented itself towards the close of halftime, and Adisak’s shot was taken off the turf by the Port FC keeper.

Muangthong United was dominating play throughout most of the second half. Box-to-box midfielder Picha Autra came close with a shot from just inside the box that smacked the crossbar.  Willian Popp also came close, slamming his hand on the pitch in frustration when his shot was knocked wide.

Head Coach/Manager Mario Gjurovski spent the whole match on his feet encouraging the squad, and they responded with quality football against one of the teams expected to win this league this season.  Despite pivotal substitutions late in the game, the goals did not happen, and the Kirin must accept disappointment.

Said Gjurovski after the match, “I must take responsibility for this game.  I am proud of my players; they played exactly the kind of football I ask of them.”

Muangthong United will be very busy over the next two weeks.  They play next Tuesday and again Saturday, both matches at the Thunderdome.  Then on October 13th, Muangthong travel to play the rescheduled game with BG Pathum United.