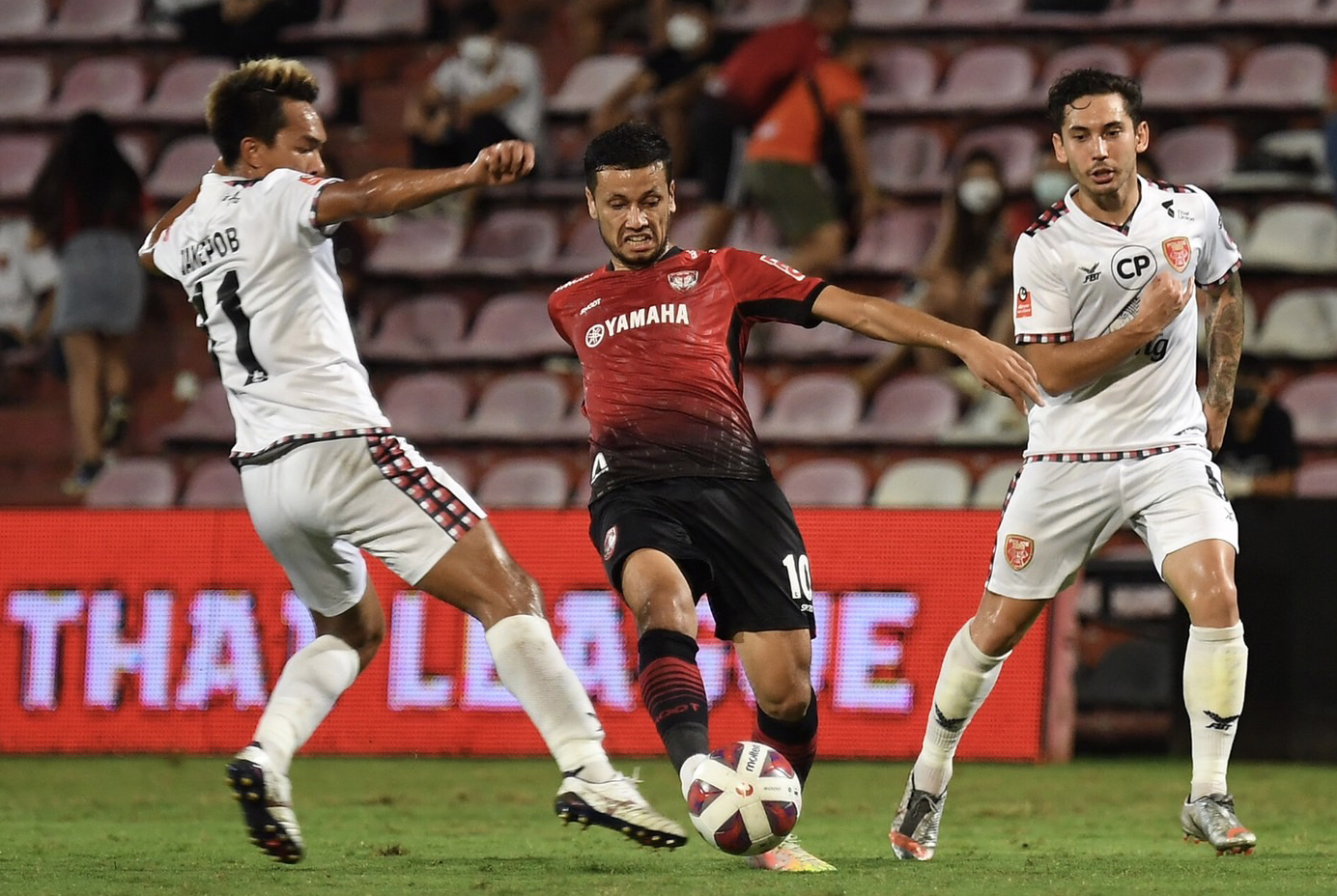 The game did not start well for Muangthong United when Adisak Kraison headed the ball into his own net when attempts to clear a free-kick.

Muangthong United recovered and began to press the opposing end for goals, with good chances created.  The pressure led to close tackles and a rash attempt y the Police Tero #10 brought out a straight red.  With a man down, Muangthong took advantage. The equalizing goal came late in the first half when Sardor Mirzaev was quick onto the loose ball and finished from close in.

The second half saw Muangthong United dominating, and the pressure led to a second yellow card and eviction from the game of Police Tero defender Chumpol.  Outnumbered and outgunned, it was not long before Muangthong United found the winner.  Academy player Poramet, who entered the match at 65 minutes, was soon onto a cross and headed the ball home.

With the victory, Muangthong United have two consecutive wins.  The coming week will see an FA Cup match in southern Thailand, and on Hallowe'en night the club travels to Buriram United for one of the biggest tests of the season.
Saturday 23 October 2021 / 04:42 AM