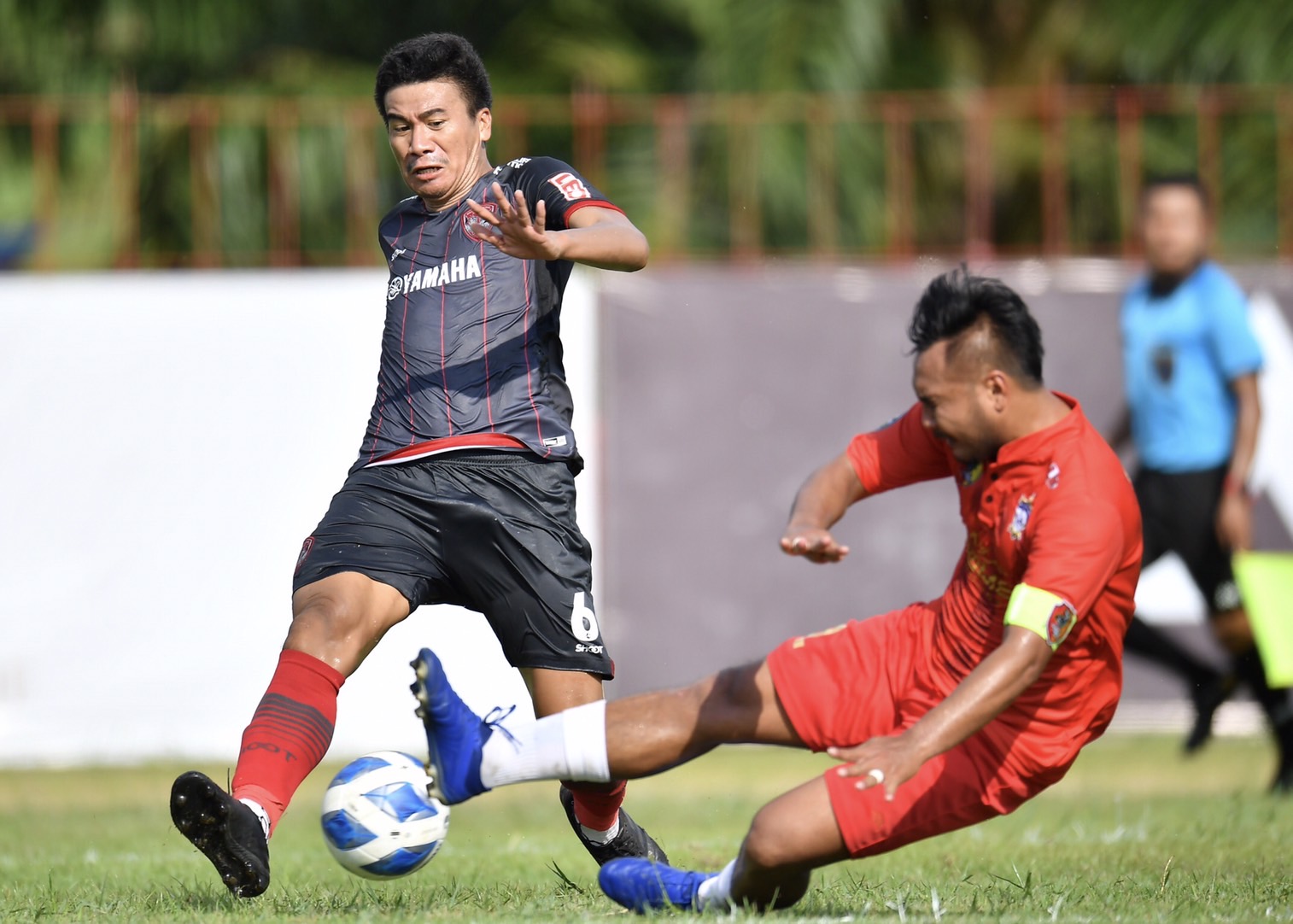 Muangthong United advance to the next round of the Thai FA Cup with a 4-2 away match win in southern Thailand.

Fielding a team of mostly younger players and reserves, Coach Mario Gjurovski took the opportunity to rest key players and allow others to show what they can do.

The Round of 64 matches of the Chang FA Cup often sees first league teams like Muangthong United up against clubs in lower divisions or playing in regional leagues.  Despite the scoreline, it was clear that MH Nakhonsi had prepared hard for this game and were going all out to be competitive.

After the match the players expressed respect for each other, and the local fans were greeted with a chance to have jerseys signed and meet some of the big names in Thai football.