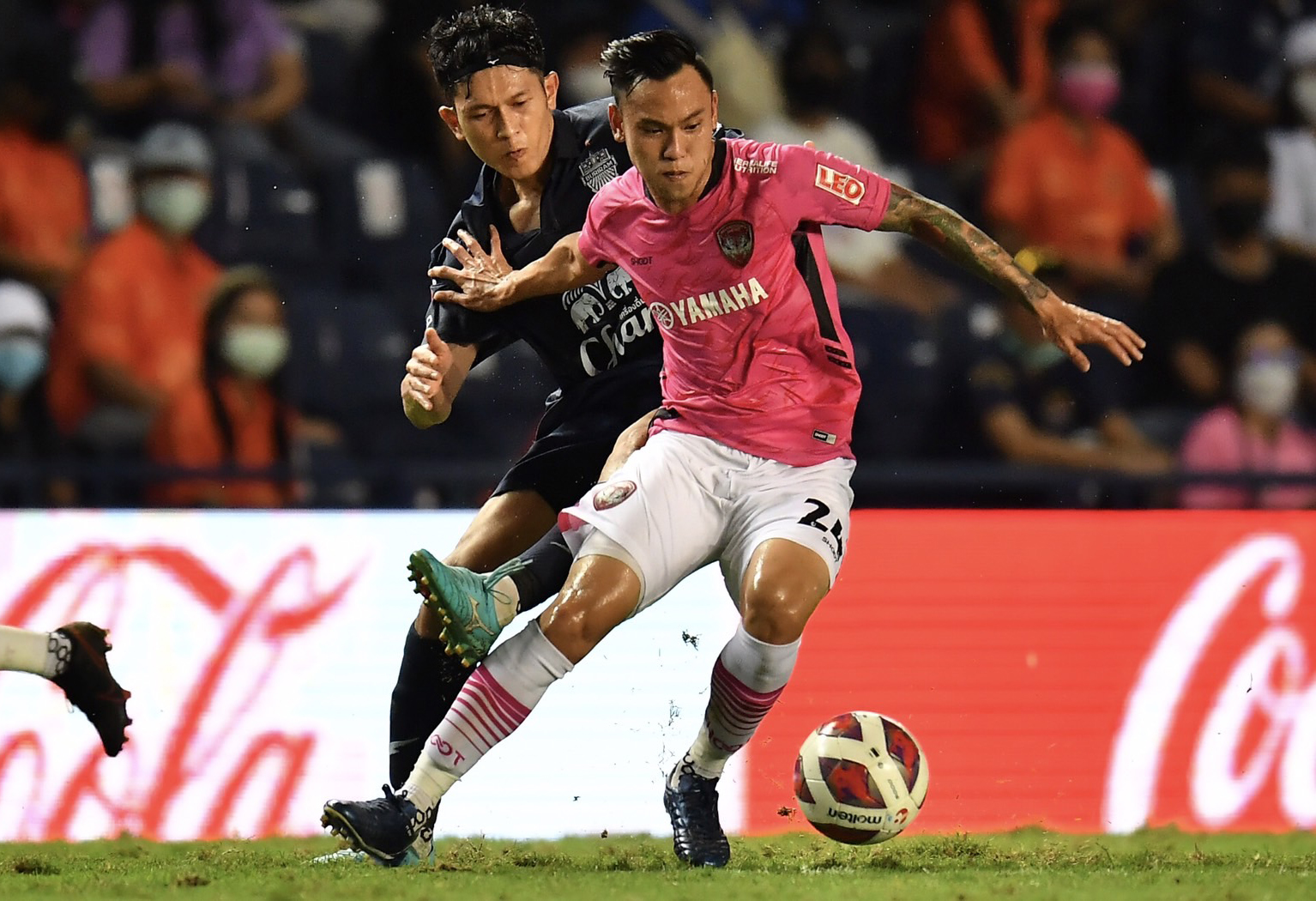 Muangthong United dropped three points away to league leaders Buriram United in Revo Thai League matchday 10 in front of 12,000 fans at the Chang Arena in Buriram.

Coach Mario Gjurovski and the squad went into the match on the back of two league wins and an FA Cup victory, but everyone knew they would have to go all out tonight.

With Suporn banned due to yellow cards, Wattanakorn was rotated into the backline.  As well veteran striker Adisak Kriason started on the bench, while youngster Poramet, who has scored in recent games, joined the lineup.

The first half saw both teams create chances, and both teams knocked the ball off the crossbar.  It looked like Buriram United were in for an early goal when #19 was fast on to a ball played upfield quickly following a free-kick.  Evading Muangthong United centre back Chatchai, Supachok Sarachat rushed shot was weak and off-target on what would have been a damaging goal for Muangthong.

The Muangthong United keeper, Peerapong, had to be sharp as crosses floated in towards the six-yard line. At the other end, Thailand international keeper Siwarak likewise needed to be ready for an on-target shot from Poramet.

The second half turned Buriram United's way when Brazilian forward Maicon entered the match at the 54th minute.  The game plan was clearly to target him with a ball played long from the backline.

The opening goal came at the 63rd minute when Maicon was found all alone and able to carry the ball into the Muangthong United box as the Kirin raced back to defend.

Muangthong United defender Lucas Rocha took a hard knock in a collision with his own keeper and soon after was subbed out.

Buriram added a second goal late in the game just as Coach Mario was organizing a triple substitution to try and change up the state of play.

Said Coach Mario after the match, "I have to take responsibility for this loss, and congratulations to Buriram who played good football.  Thank you also to our fans who made the trip to Buriram tonight, and I hope we can bounce back next week with a win."