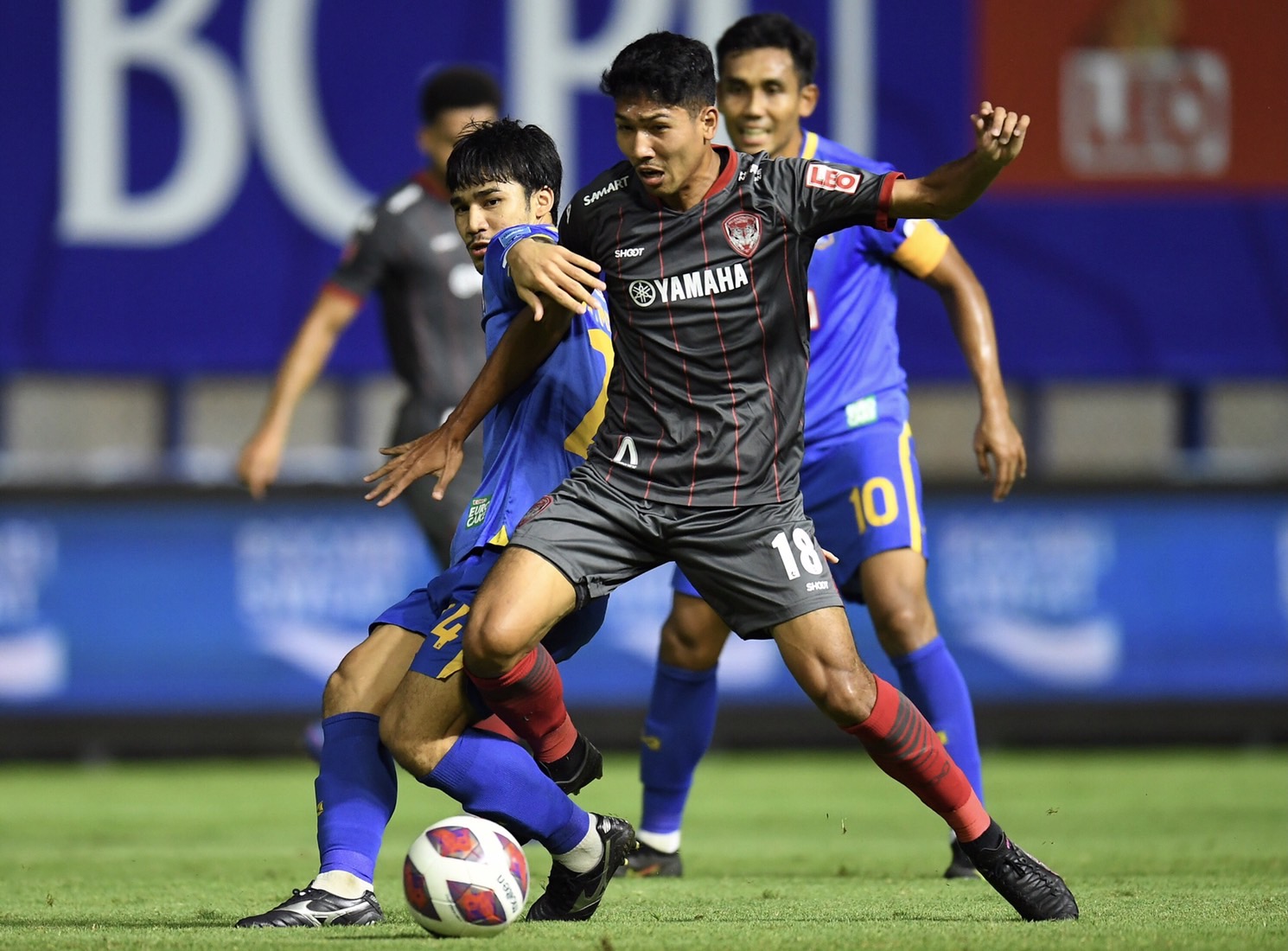 The 'rabbits' scored both of their goals during the first half, with a Jakkapan heading in a cross on a free-kick, and former Muangthong United legend, Teerasil Dangda, outmanoeuvred three defenders on a loan effort.

Coach Mario continued to tweak the starting eleven, rotating back in defender/wing-back Watanakorn as well as Sardor Mirzaev who scored two goals last match.  As well, Somporn Yos returned to his position between the pipes.

The match was a rescheduled fixture from earlier in the season, and Muangthong United have been burdened with playing an additional game in an already busy three weeks of matchdays.

True to form, Muanghtong United were on fire in the second half and clearly the better team.  With a few substitutions to add fresh legs, the Kirin were on the attack.  Marco Ballini had his first appearance at the half, entering for the fatiguing Chatchai Saengdao   Spunky midfielder Picha was substituted off as well for Wongsakorn, and impact player Jesse Curran for youngster Korrawch Tasa.

Despite the pressure, Muangthong United's attackers could not find the net.  Sardor Mirzaev had a great chance, charging at goal from a wide-angle, but his shot was over the crossbar.  The lone Muangthong United goal came from another youngster and academy player, Purachet Thodasnit.  The 20-year-old entered the match at the 80th minute, and four minutes later scored from just inside the box with a well-placed shot low to the corner.

This was just the second appearance for Purachet in Thai League 1 action, and the Muangthong United academy player is turning heads with his ability to create chances and threaten the goal.

Muangthong United have precious time to prepare for their next match in three days time, another away game.  This time the Kirin play last season's FA Cup champions Chiang Rai United.

Said Coach Mario about the upcoming match, "We really have to focus and not make these mistakes that allow goals, and have to always come from behind.  Chaing Rai are a very organized team, and one of the best teams in the league."