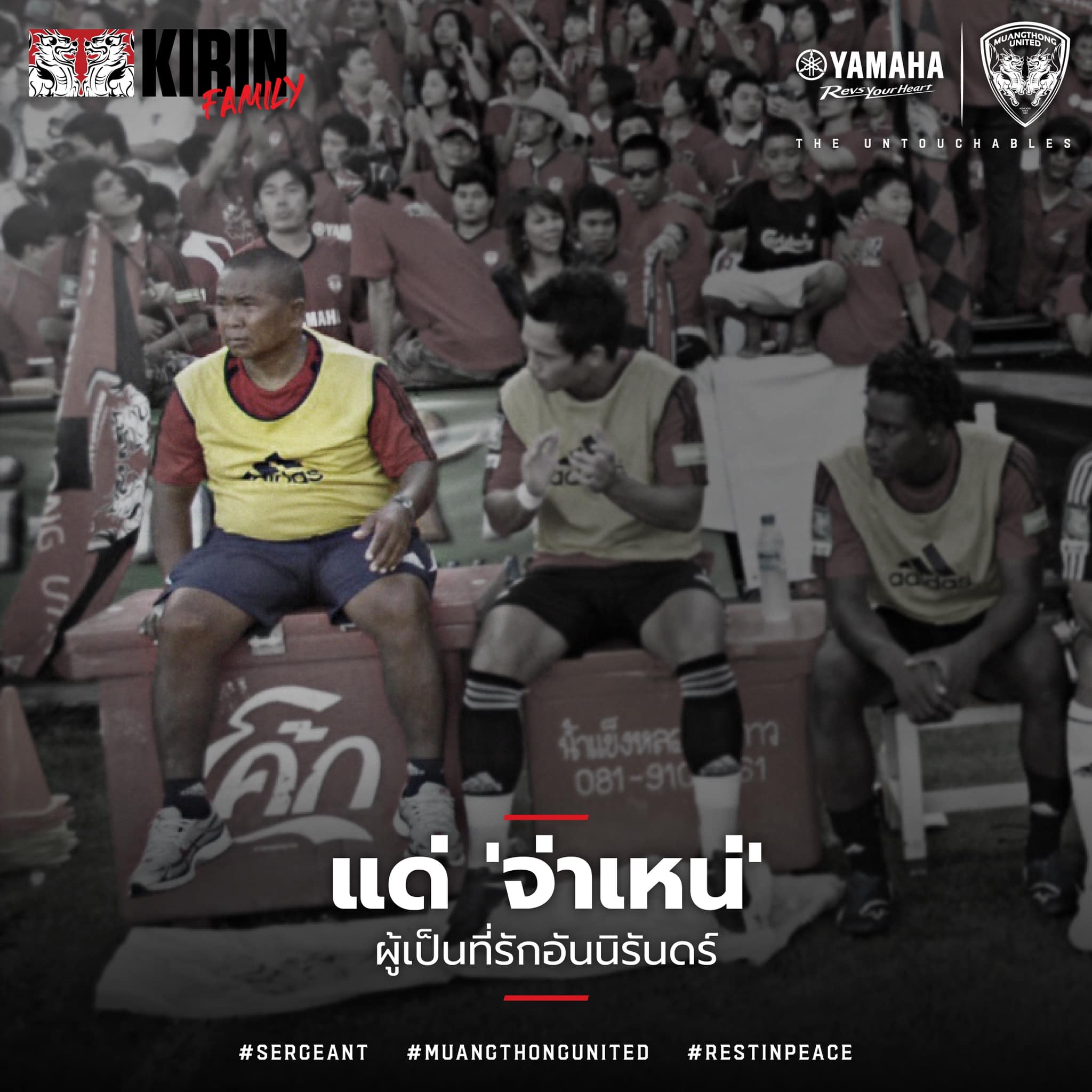 Muangthong United expresses its condolences to the family of Saneh Phomaneesak. "The Sergeant" as he was known, was a well loved member of the Kirin community.

Sergeant Sa Nae was a former Thailand footballer and a member of the Muangthong United coaching team for the 2009-10 season.

He was a part of the club's rise from the lower divisions into the top flight.

His touched the lives of many players and Kirin fans over the years.

He was well known for his love of football and was well respected by everyone who knew him.

He will be well remembered by all at Muangthong United.