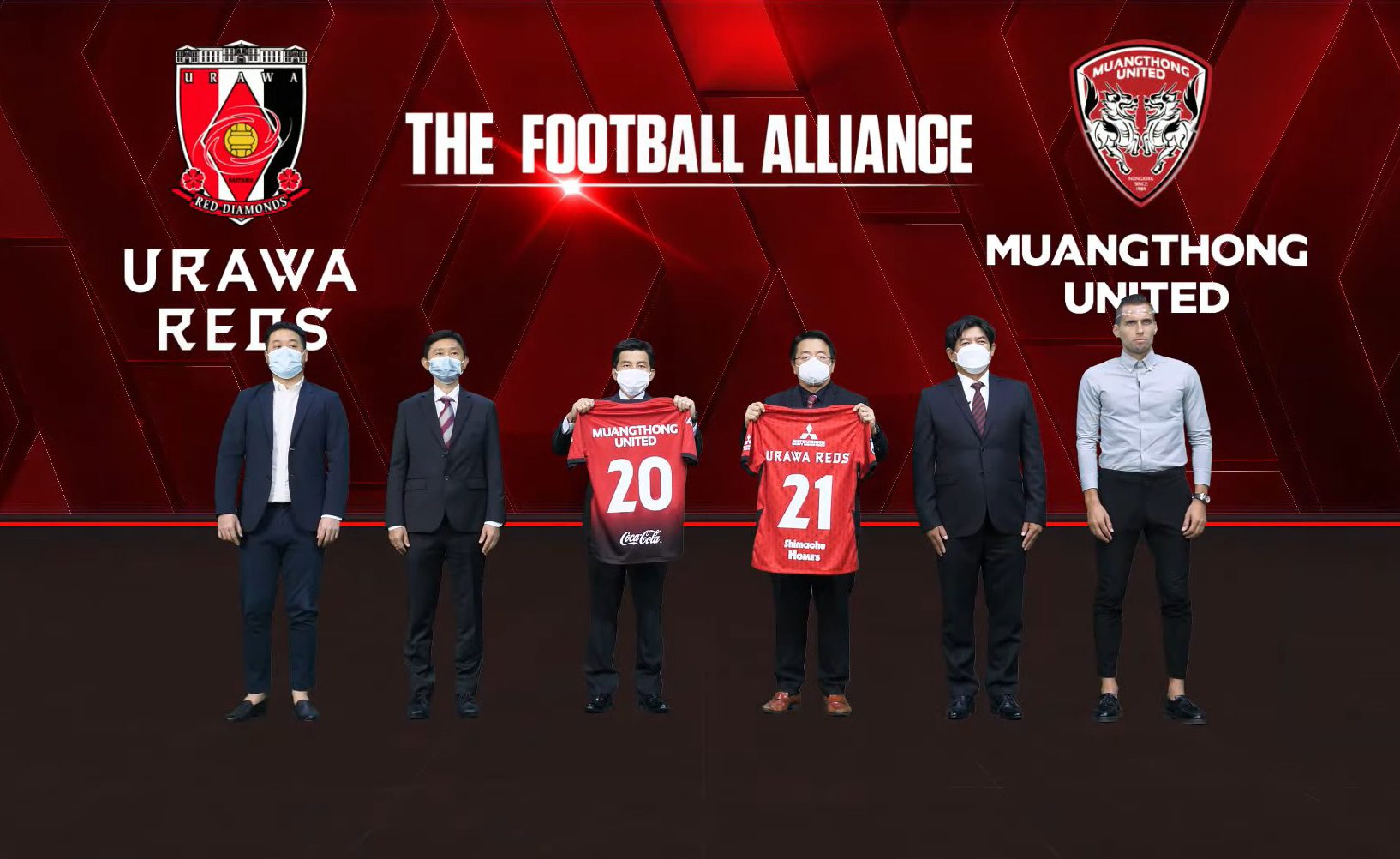 Sharing the same red, white and black team colours as Urawa Reds, Muangthong United is one of the top clubs in Thai League 1 and has produced several players who have subsequently played in J.LEAGUE. Urawa Reds and Muangthong United have also faced each other in the 2013 AFC Champions League (ACL).

In addition, Muangthong United is known for being owned by Siam Sport Syndicate, one of the leading Thai media companies. Siam Sport Syndicate is passionate about the overall development of Asian soccer and is implementing many initiatives to that end, including securing the rights for and broadcasting J.LEAGUE matches in Thailand every match week.

Said Mr Tachibana, "I am pleased to announce our partnership with Muangthong United, one of Thailand's leading clubs.  We look to the future and developing world class football in Asia through the AFC Champions League and the FIFA World Cup.

"We hope and expect this agreement to be of benefit to both clubs through the exchange of players and shared knowledge."

Said Mr. Wilak Lothong, "Muangthong is proud to begin this partnership with Urawa, a club with a long history of achievement in the J.League and the AFC Champions League."

Muangthong United and Urawa Red Diamonds have a history together, having competed against each other in the 2013 AFC Champions League.

Said Muangthong United's director of football Mr Ronnarit Suewaja, "This agreement has the potential to see both first team and your academy gain valuable experience. As well, we look forward to sharing knowledge on training and team management.  We expect to organize a friendly match as soon as conditions permit.  As well, Muangthong United fans can enjoy the experience of one of Japan's top clubs."
Thursday 16 September 2021 / 09:23 AM