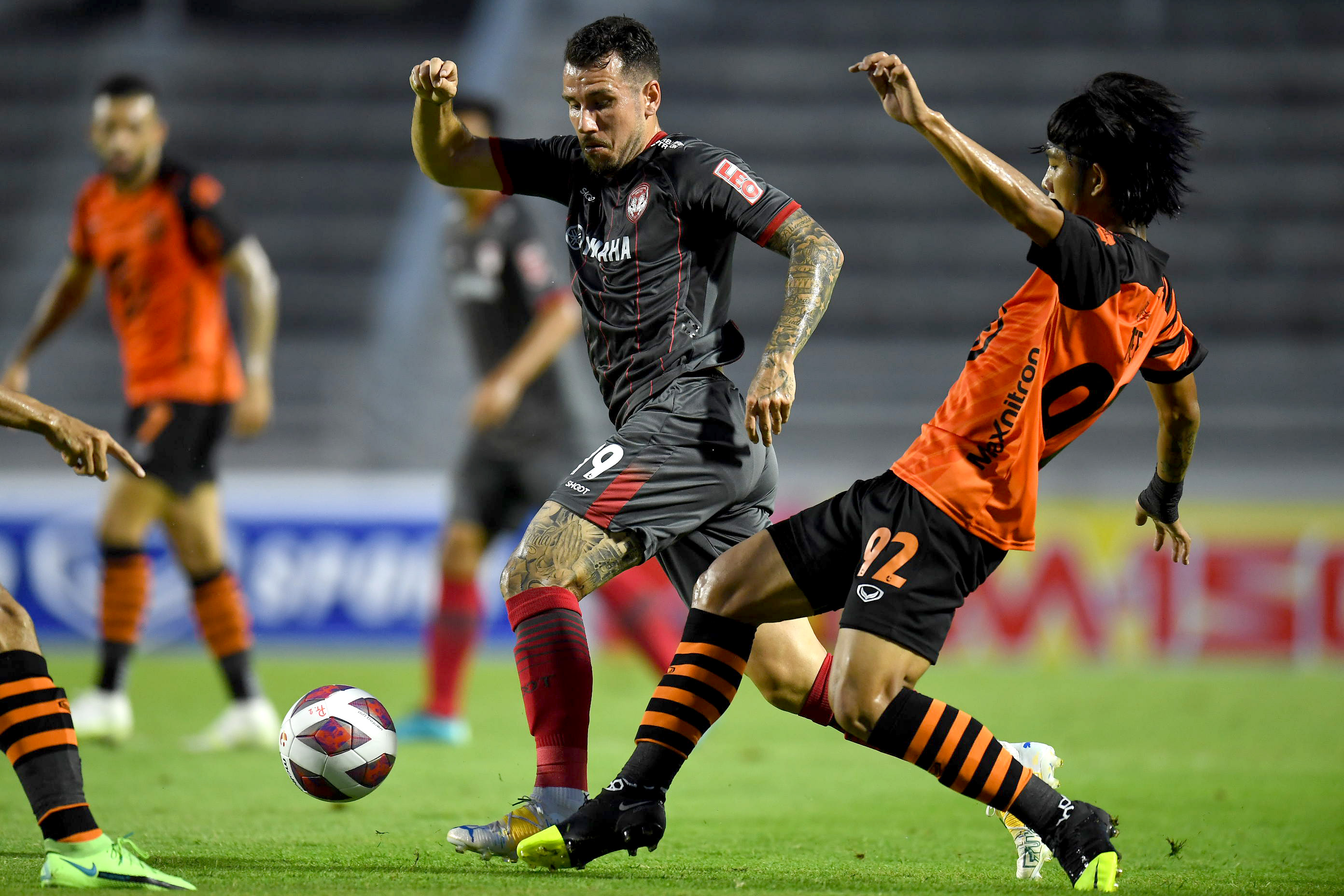 Muangthong United began their 2021-22 season with a 2-2 draw against PT Prachuap FC.

The match was played away from the home stadium of both teams in accordance with pandemic restrictions, and played behind closed doors.  Nevertheless Muangthong fans followed the game closly via official broadcaster AISPLAY.

Prachuap grabbed a quick 1-0 lead within five minutes when a ball in to Brazilian forward Tauã dos Santos was then hit past the Muangthong keeper.

The next twenty minutes were unsettled as the squad took time to adjust, but soon began to dominate play and create chances.

The equalizing goal came in the second half when right back Suporn lifted a cross towards the far post, and Willian Popp scooted behind the defenders to knock it in.

Muangthong were to take the lead near the 80th minute when two substitute players connected for the goal.  Jesse Curran playing as an attacking midfielder won the ball and slid the pass to forward Poramet, who charged at the net to score.

Yet three points were denied  late in the match when a ball-to-hand incident was ruled a penalty shot, and PT Prachuap were allowed to salvage the point.

Said Coach Mario after the match, "I'm disappointed. We started slow, and had we played the first half like the second, we would have won this game."

Muangthong United play again next Saturday away to Chonburi FC, although the venue is still to be announced.