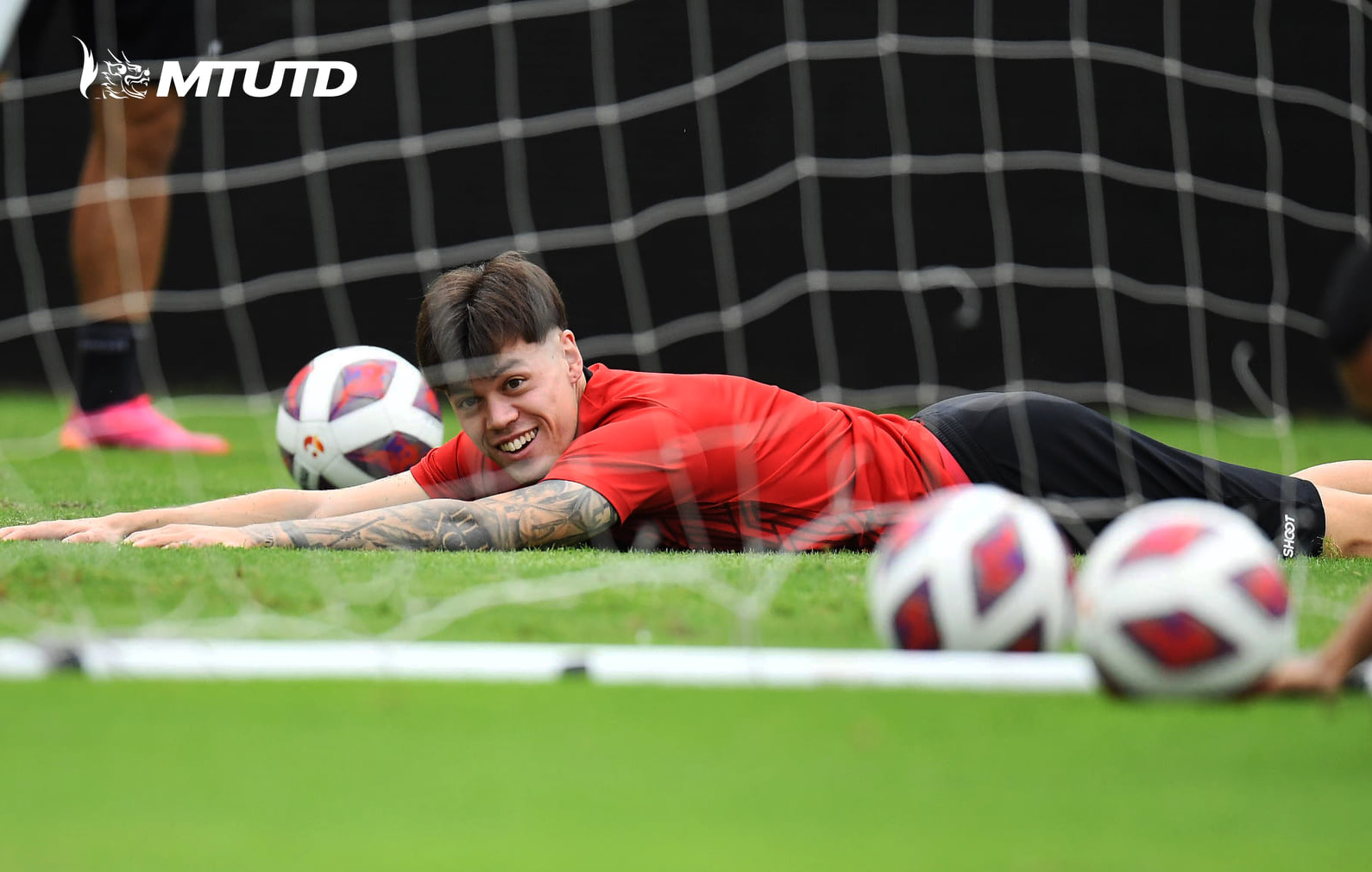 Jesse Curran remarked that it was a special moment to debut for Muangthong in league play last week and to contribute towards the 2-2 draw at PT Prachuap FC.

Curran, aged 25, was born and raised in Australia and has a Scottish father and Filipino mom. He's played with teams in Australia's A-League, as well as with the likes of Scotland's Dundee F.C.

Curran joined Muangthong at the start of the 2020 season and was loaned out first to Udon Thani and then Nakhon Ratchasima Mazda F.C. In last's week's season-opening match, Curran was subbed in late in the game, but quickly contributed.

"It was a happy 15 minutes for me, and although I earned the assist, this is not good enough. We need to win games."

Said Curran about this Sunday's match with Chonburi F.C., "This is a big game. They are a team with youth and energy and will play for the win. I am looking forward to this match and I hope I get the opportunity to contribute."