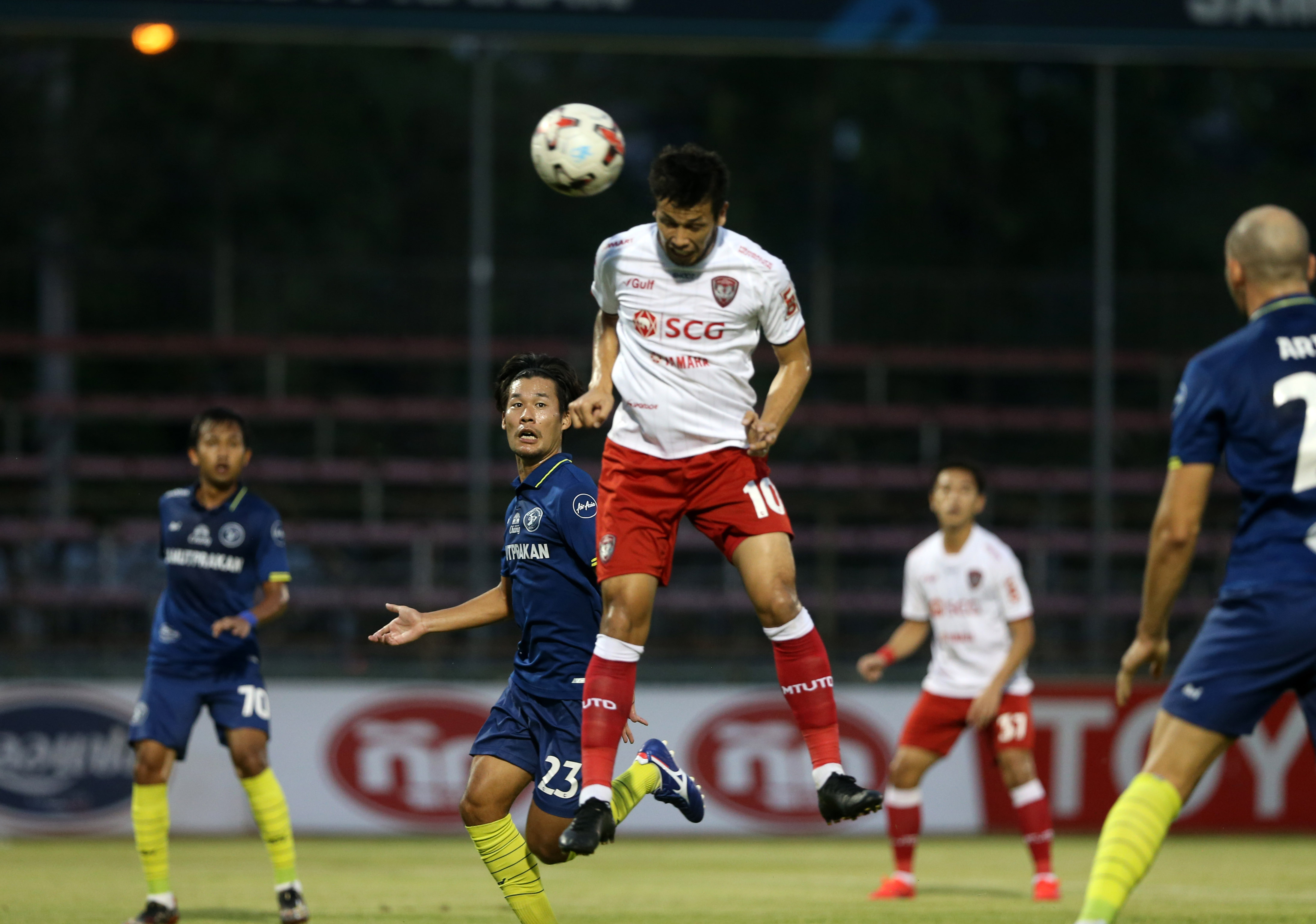 Toyota Thai League - Matchday 20 - SCG Muangthong United away match loss at Samut Prackan City The Kirin scored two early goals and looked to be on the way to victory, however, the club were unable to contain Samut Prakan's striker Tardeli who scored a hattrick to seal the comeback.

Muangthong United's Sardor Mirzaev opened the goals at the 14th minute, followed sortly after by Willian Popp converting on a nice through ball out of the midfield.

The advantage was quickly undone, however, as Samut Prakan City scored four goals before half time, beginning with Jakkpan, but then Tardeli was to netted three goals in quick succession as the Muangthong defense were unable to prevent the forward from getting on to the ball inside the box.

With a two goal advantage, Samut Prakan City defended deep and were able to stymie the Kirin attack throughout the second half to secure the 4-2 win.