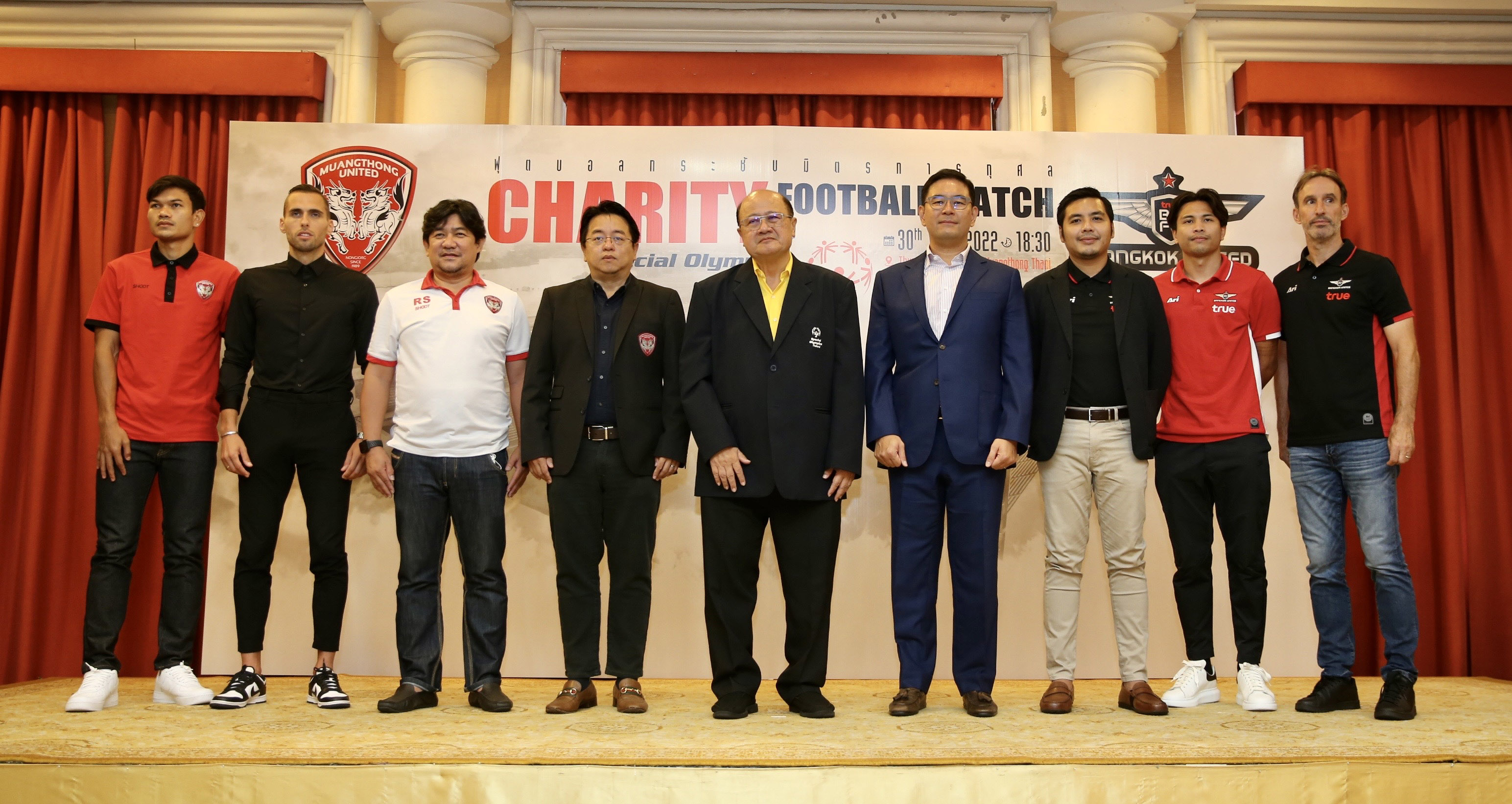 Said Dr. Chaiyasoot, "Special Olympics Thailand is honoured to support this friendly football event to benefit the association. We work in conjunction with similar associations around the world to leverage sport as means to develop and enhance the lives of those with intellectual disabilities. In Thailand, this is the largest and most socially vulnerable group, with more than two million people."

"Football is one of eight sports working to benefit the Association, with both men's and women's national teams. We are well regarded in Asia-Pacific to host important international football tournaments."

"I would like to thank Muangthong United and Bangkok United for their support with this friendly match. We invite football fans to fill the stadium for this game."

Muangthong United Head Coach Mario Gjurovski commented, "Thanks to club management from both teams for organizing this event. I confirm our core players will take part, and this will be a fun and exciting match, one for the history books.

Bangkok United Head Coach Aurelio Vidmar said, "We are honoured to participate. We are proud of athletes who have made a name for themselves, and this match develops all of us. The acceptance of Special Olympic athletes is strong, and we expect the match will be well received by fans. We also will send our best to the pitch and fans can watch a quality match before the official start of the new season."