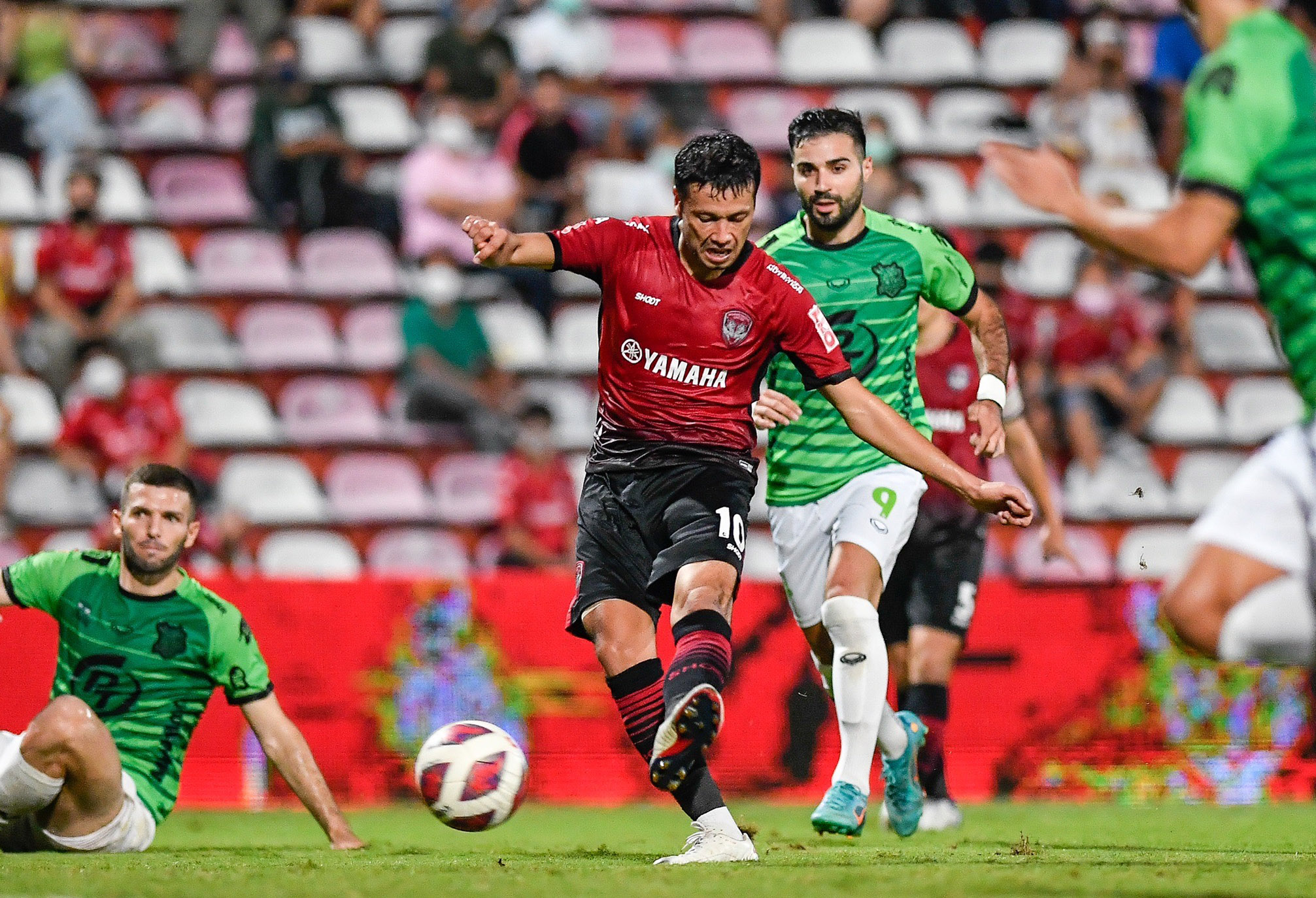 Sardor Mirzaez scores twice and Muangthong United hang on to win a tight 2-1 match over PT Prachuap FC.  With the victory, the Kirin grab fourth place with 49 points, and secure a potential AFC Champions League spot, depending on the outcome of Thailand's FA Cup.

The final match of the season was a must-win from Maungthong United to hold onto fourth, while PT Prachuap FC was on the edge of relegation.  Despite their loss, the "Killer Wasps" will remain in the T1 League due to Samut Prakan FC also losing.  Muangthong United achieves the win without Thailand international Weerathep, who travelled to Vietnam to join the U23 War Elephants in the SEA Games.

Muangthong United dominated with their energetic supporters pushing the club to play hard.  Mirzaev's first goal, at minute twenty-five, was a quick volley, spinning for a strong left-footed drive past the Prachuap keeper.  Other chances presented themselves, yet the first half ended with a single goal. 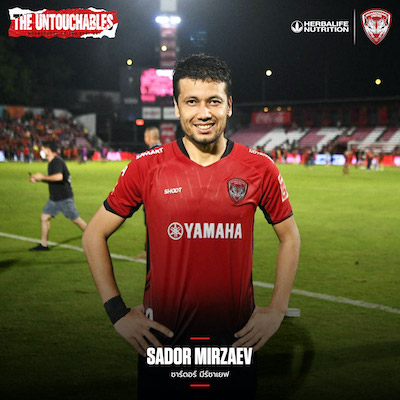 Early into the second-half Muangthong midfielder Teerapol is charged with a handball, even with his arms clasped behind his back.  Somporn Yos chose the wrong side on the ensuing penalty shot and the score was even 1-1.

After numerous chances, including two goals denied to Muangthong by the VAR officials, Mirzaev finally hit the winner in the 79th minute.  A sweet through pass from youngster Sorawit found the striker inside the box.  After faking a shot, Mirzaev moved the ball to his left side and slotted it inside the near post.

After the match Muangthong's supporters showed their appreciation, flooding the pitch and cheering the squad.

It will be a few weeks until Thailand's FA Cup final. Should league champions Buriram United also win the FA Cup, then Muangthong United will enter the AFC playoff round next season.