THE FINAL FIVE: Muangthong United begin the last round of games with a 3 point victory

Following the pause in league games due to the FIFA break, Muangthong United defeat Samut Prakan City 5-2 playing at The Thunderdome.  The win launches the Kirin into the final set of games that will conclude the 2021-22 season on May 7th, 2022. For Samut Prakan City, the loss almost ensures relegation to T2 next season as they fall to 15th position, five points shy of safety.

Despite the 3 week break, central defender Jesper Nyholm was still unavailable with a nagging injury.  Otherwise, the squad were fully rested and prepared, including Picha Autra and Weerathep Pomphan, both of whom featured for Thailand in international friendlies, as well as Korrawish Tasa who competed with the U23 squad in The Dubai Cup.

Muangthong United was onto the scoresheet at five minutes when Willian Popp fed the ball towards the penalty spot.  Estonian international Henri Anier spun and fired home a left-footed shot.  Muanghtong United continued to dominate and the duo repeated the exchange at thirteen minutes.  This time Popp powered his way to the touchline, cutting back a pass into the box for Anier, running into position to score.

Muangthong United went up 3-0 just before halftime with Popp scoring his 12th of the season, battering in the rebound off Samut Prakan City goalkeeper Patiwat.

Samut Prakan City entered the second half with determination, adding two goals, despite some key stops from Muangthong United keeper Somporn Yos.  Controversy erupted at the 80th minute when Samut Prakan City attacker/. Samuel Rosa went down in the box. VAR referees concluded Willian Popp had not done enough to cause the tumble, and the penalty was denied. 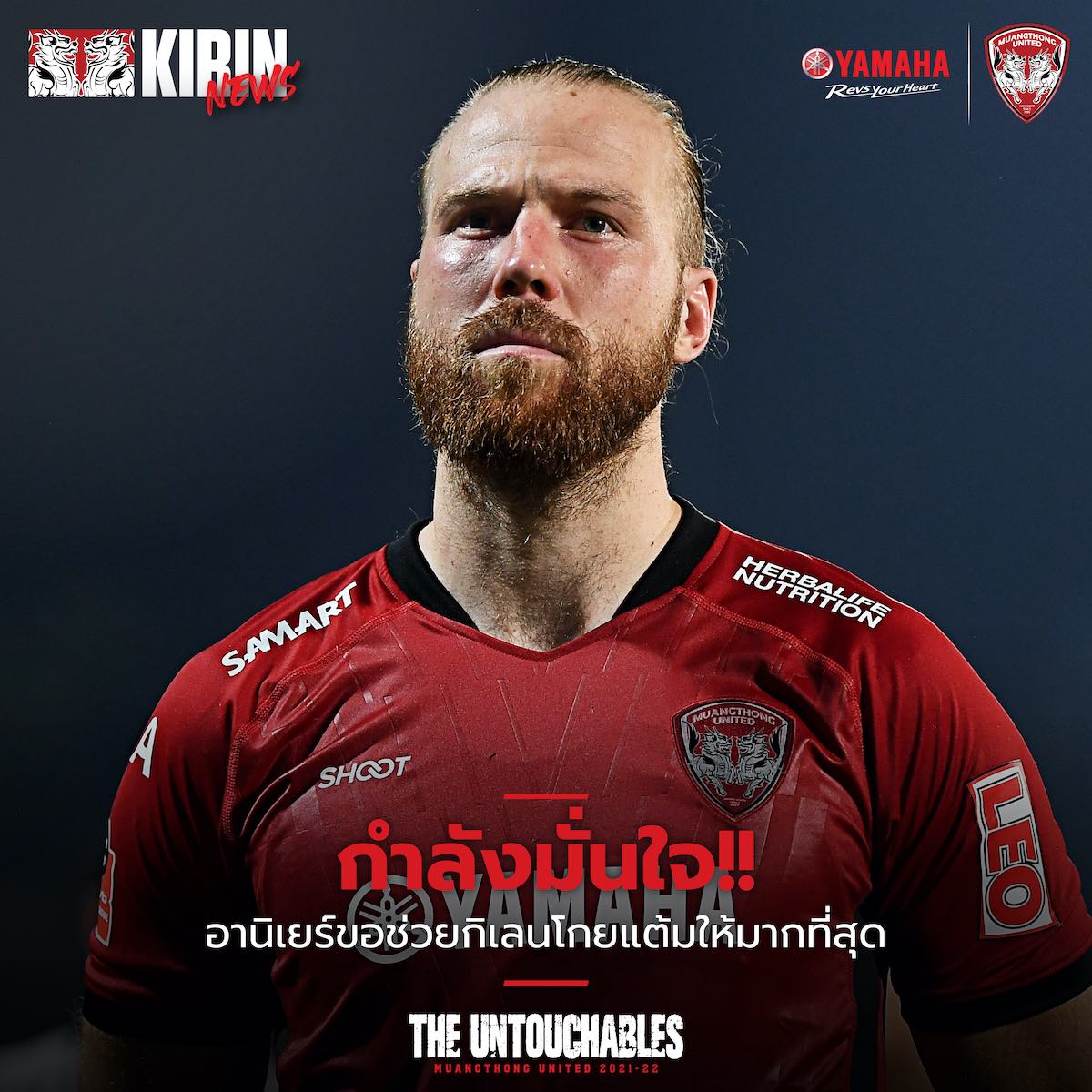 Willian Popp added his second of the night shortly after, and Uzbekistan striker Sardor Mirzaev topped off the scoring with a glancing header in the 88th minute.

Thailand begins its Songkran holiday, however, there will be no rest for Muangthong United as the club travels to Chiang Mai United on Saturday, April 16th. Chiang Mai has already been relegated, however as Henri Anier said, "This match was important for us to gain confidence heading to Chiang Mai, but they have a strong squad and we will not take anything for granted."