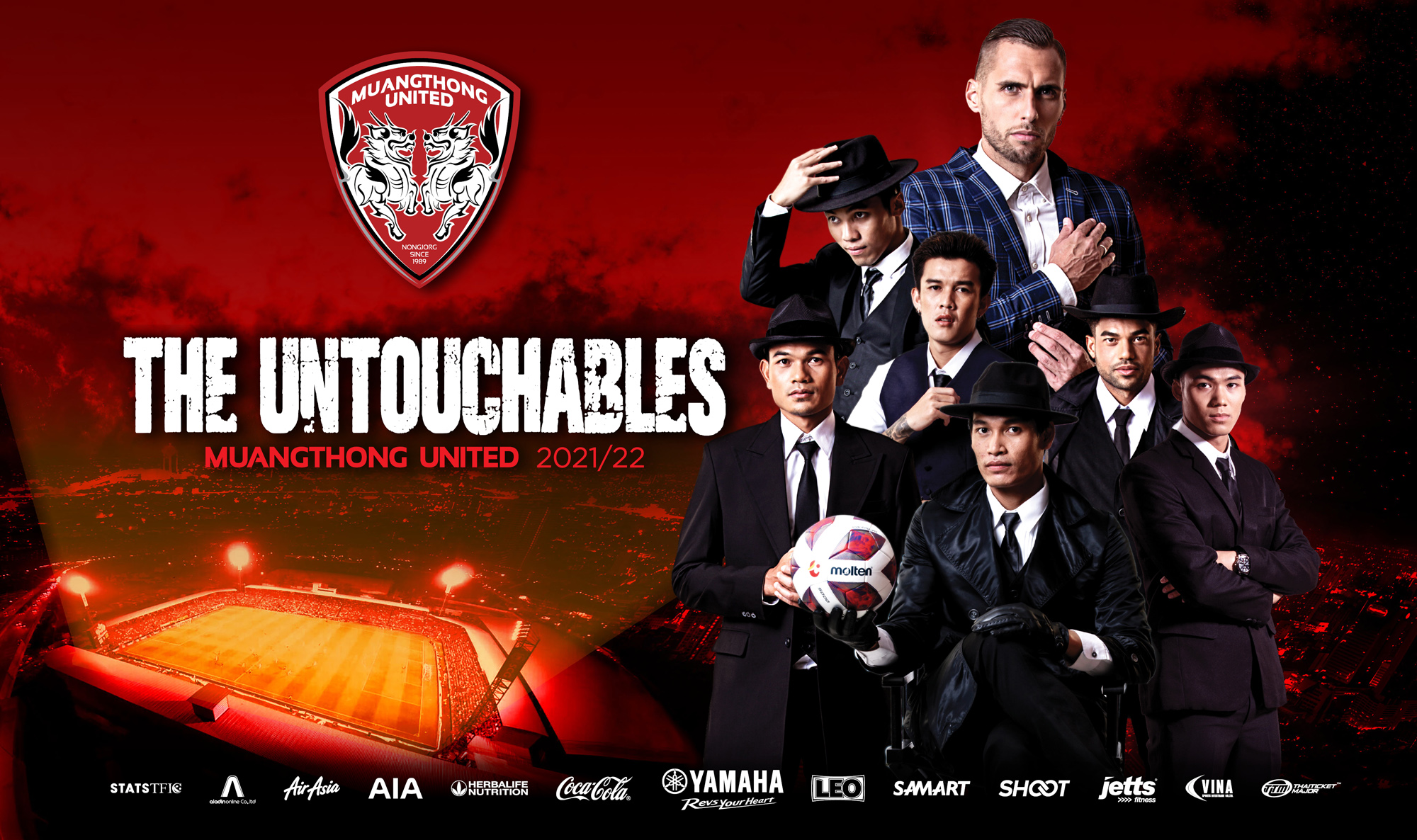 Muangthong United were denied the gala season launch events that has been the usual affair of past seasons, and fans tuned instead to the live feed on social media to learn the new look for 2021-22.

'THE UNTOUCHABLES' is the season slogan, which reflects legacy of Mario Gjurovski and the 2012 season where the club went undefeted and were champions.  Now Mario enters his first full season as head coach, and fans are excited about the style of football to be expected.

As well, "YAMAHA" was unveiled as the clubs title sponser, and the home kit and away jerseys were revealed for the first time.

The live steam included interviews with Coach Mario, as well as Director of Football Ronnarit Suewaja. They were joined by fans on a live ZOOM session for questions and answers.

Said Coach Mario, "While I do not want to promise, I can tell you I am happy with the talent on the squad, and we will play our best football, and we have the potential to secure a trophy for Muangthong United this season."

Following the launch, Muangthong United kicked off the season against PT Prachuap FC, broadcast on AISPLAY and GMM25 channel.