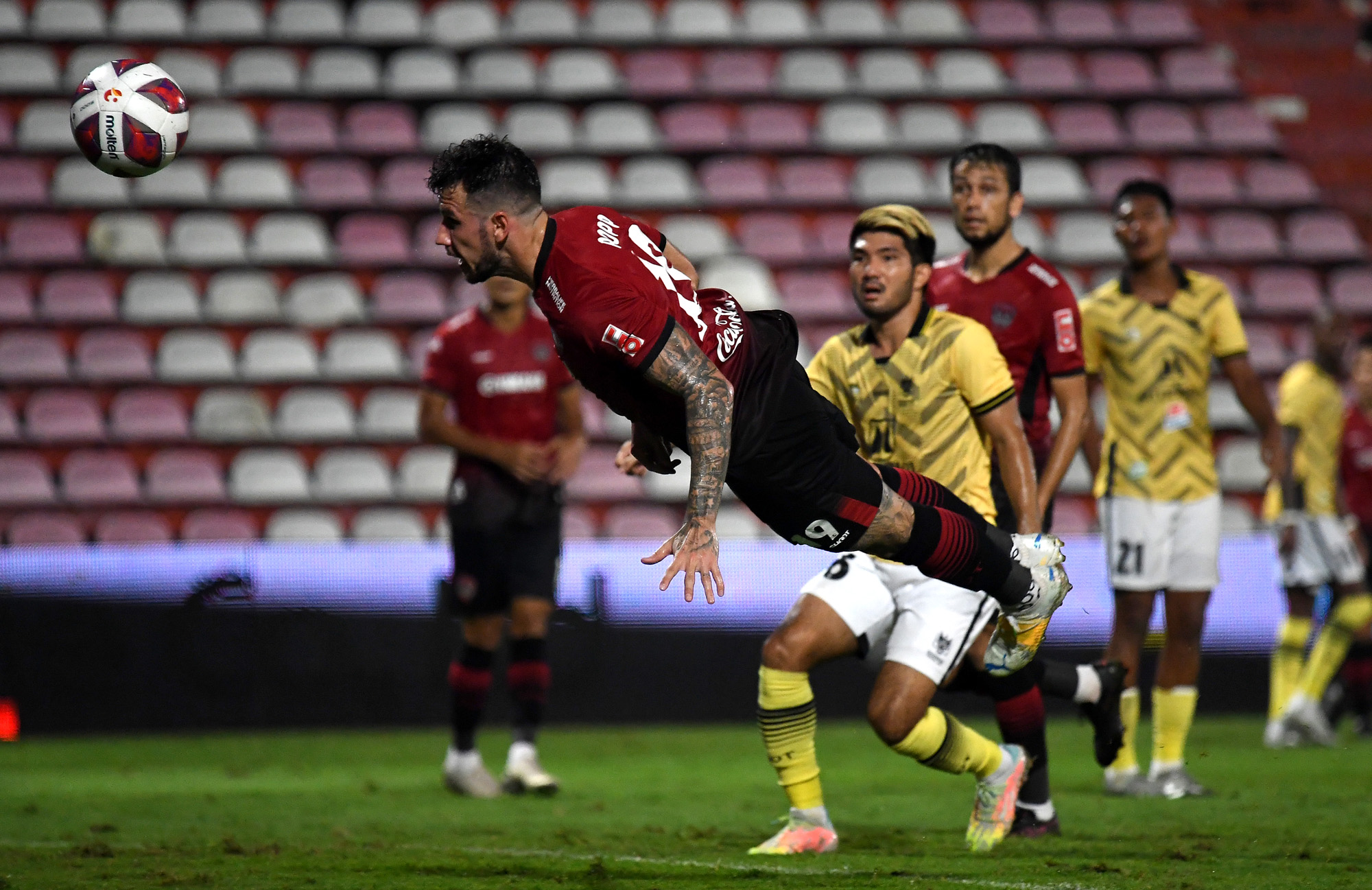 Muangthong United's first win of the season came after Head Coach/Manager Mario Gjurovski had vowed, "No more coming from behind." Willian Popp's two goals, and the influence of the second-half substitutions, made all the difference.

Muangthong United jumped into the lead early on when Popp converted the penalty shot at 19 minutes.  Ratchaburi defender Pawee had kicked out at Muanghtong United centre back Chatchai, who had come forward for the corner kick opportunity.

Ratchaburi FC, however, created chances, including a ball off the post by Steeven Langil.  Former Muangthong United attacker Derley proved to be a challenge for the Kirin defenders.  As the first half closed, Derley got ahead of the defence on a cross to even the score 1-1.

The teams battled for the go-ahead goal into the second half, and the game looked destined for a draw, which would have been Muangthong's third in as many games, and the hopes of a three-point win began to fade.

Gjurovski looked to change up the game by substituting Australian Jesse Curran in the midfield at 65 minutes. The effect was dramatic, and Muangthong United began to pressure Ratchaburi into their final third. Striker Adisak had several chances, including a well-placed header that required a good save from Kampon.

Curran had an excellent chance at goal, but his hard shot from inside the box was over the bar and wide of the target.  Coach Mario had some words with Popp during a lull in play which saw him switch his attention to the left.  Then, with ten minutes to play, Curran lifted a cross to the far post where Popp was ready and scored with a firm header.

Muangthong United defended well for the final minutes and secured their first three-point victory of the Thai League 2021-22 season.

Said Gjurovski after the match, "We had to win this game. We played against a team with many qualities, and the changes we made during the game, and solid play, this is why we have three points.  We were patient, tried to play our game, and happy with the result."

Muangthong United will play next Saturday against Port FC, one of the league's contenders this season, about which Coach Mario commented, "I can't wait to play this game."
Friday 24 September 2021 / 03:25 PM