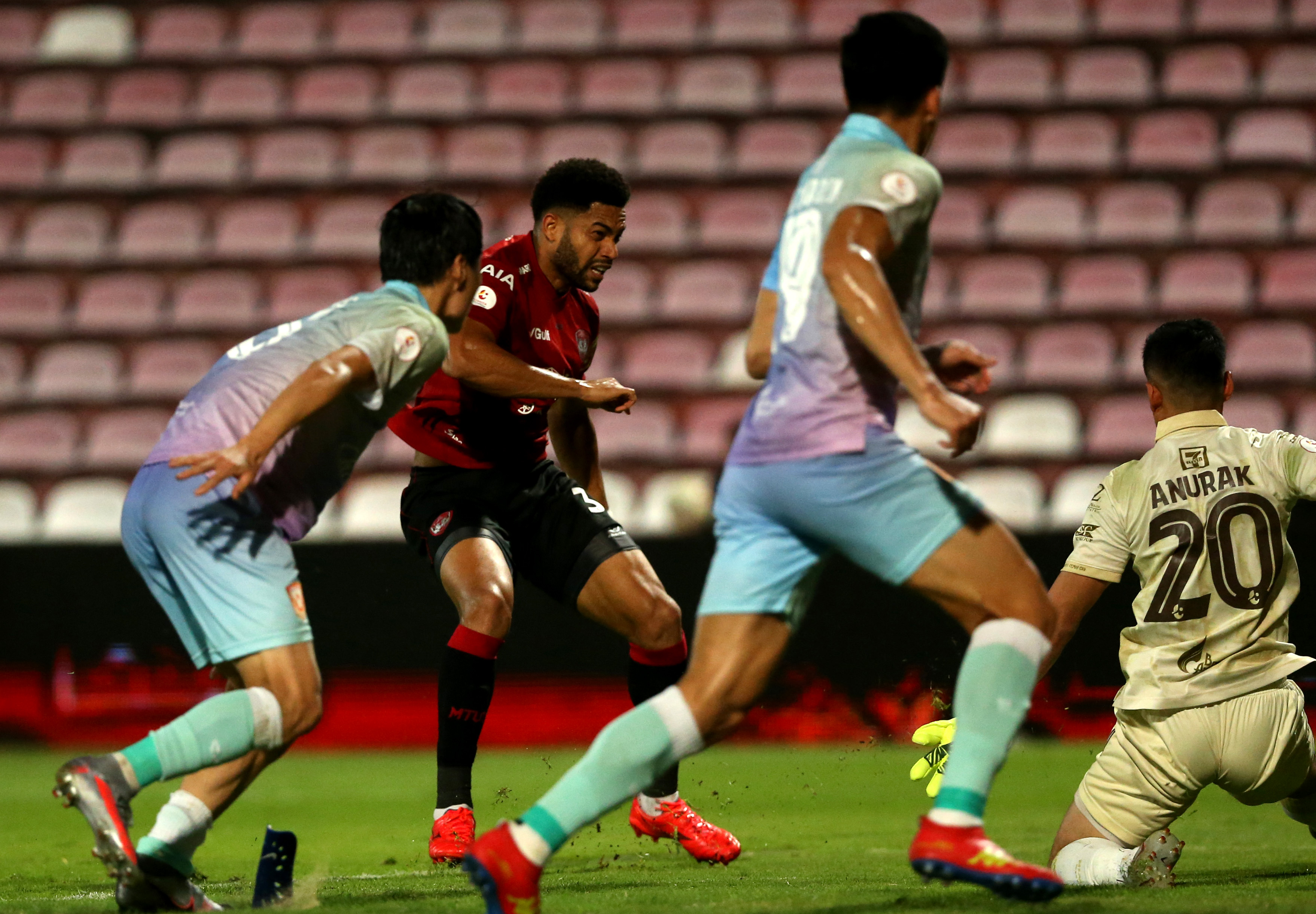 SCG Muangthong United win 3-0 over Sukhothai FC, with a strong defensive performance and slick passing to domainate the match and earn an important three points, February 14th, 2021, at the SCG Stadium.

Heading into the match Muangthong United's head coach/manager Mario Gjurovski was confident, but not taking anything for granted as he knew Sukhothai FC were very capable of goals.

Muangthong United played a strong defensive game, closing down Sukothai's two key play makers and goal scorers Melo and John Baggio.  As well, keeper Somporn made several solid saves, and was assisted by the goal post on a couple of occasions.

Muangthong displayed the free flowing passing game that Gjurovski expects.  The first two goals, from defender Lucas Rocha late in the first half, and then Derley late in the second, game about through pressure on the defensive line and dominating possession in the opponents box.

The Kirin third goal was a true example of beautiful football, which saw a sequence of 36 consecutive passes, with all 11 players toucing the ball, before Wongsakorn slid home the ball at the edge of time.

Muangthong United's tight schedule continues with two away matches in the coming week, before playing back at the SCG Stadium on February 23rd against Port FC.