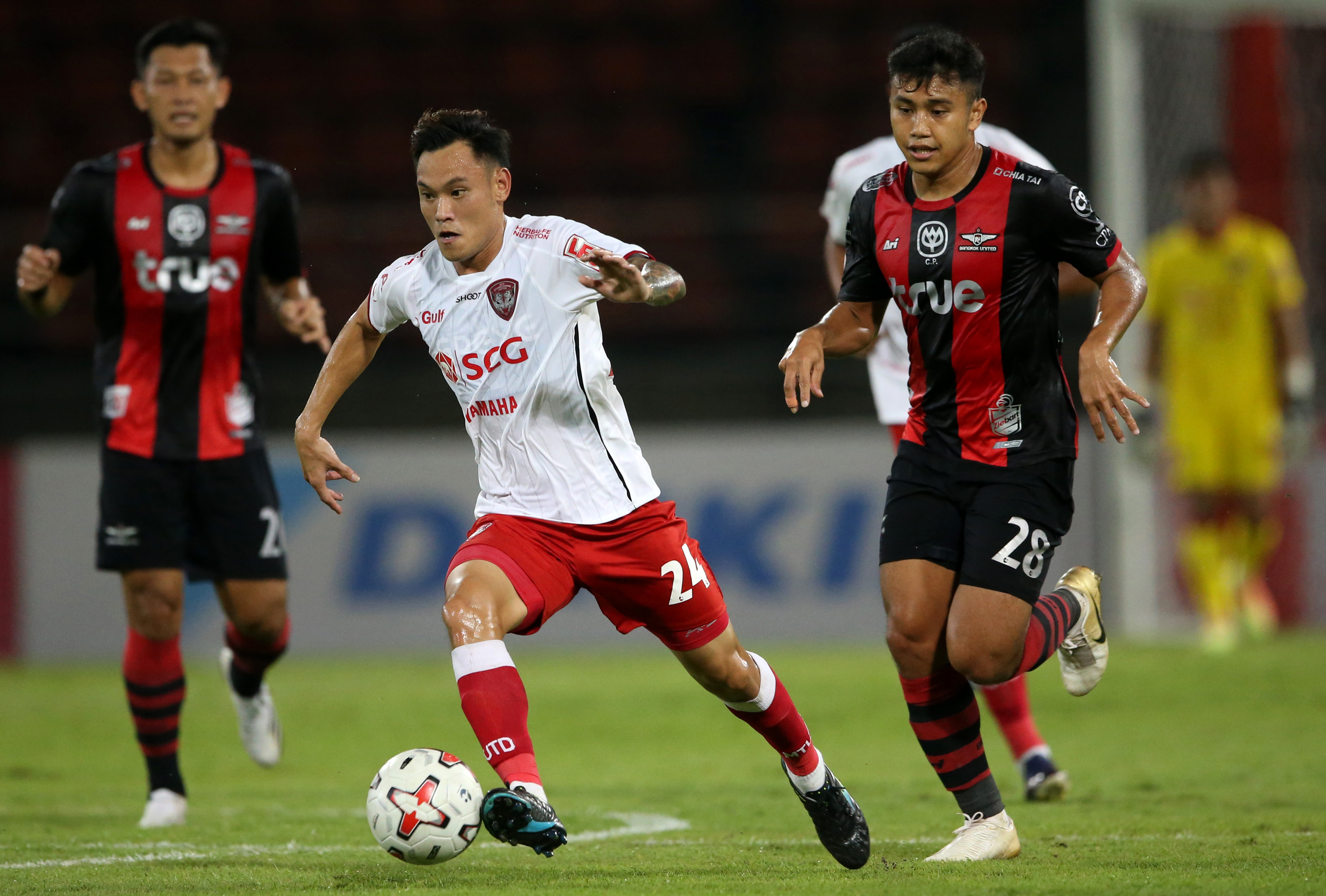 FULLTIME - True Bangkok United 2-2 SCG Muangthong United December 26th, 2020 True Stadium. SCG Muangthong United very nearly came away with three points but must settle for the draw away against Bangkok United.  After the first half ended goalless, MTUTD #10 Sardor Mirzaev opened the scoring with a clinical header off the cross from Wattanakorn. Sardor has now scored four goals over the past three games. Bangkok United were able to equalize and then go ahead 2-1 at the 72nd minute, but Derley equalized a few moments later,  taking the pass from Watanakorm at the edge of the six yard box and deftly redirecting the ball opposite to hos direction, off the far post.  For Wattanakorn it was his second assist in as many starts.  While SCG Muangthong United  were close to taking the lead late in the match with another attempt from Derley, keeper Somporn Yos also kep the Kirin in the game, making key saves on solid attempts from the Bangkok United attackers. SCG Muangthong United  will have a well needed 10 days or so before their next fixture, at home against Rayong FC on January 10th, 2021.  This is welcomed news as central defender Lucas Rocha, and attacker Willian Popp, are close to returning to action after injuries have kept them out of the last few games.
Saturday 26 December 2020 / 07:36 AM