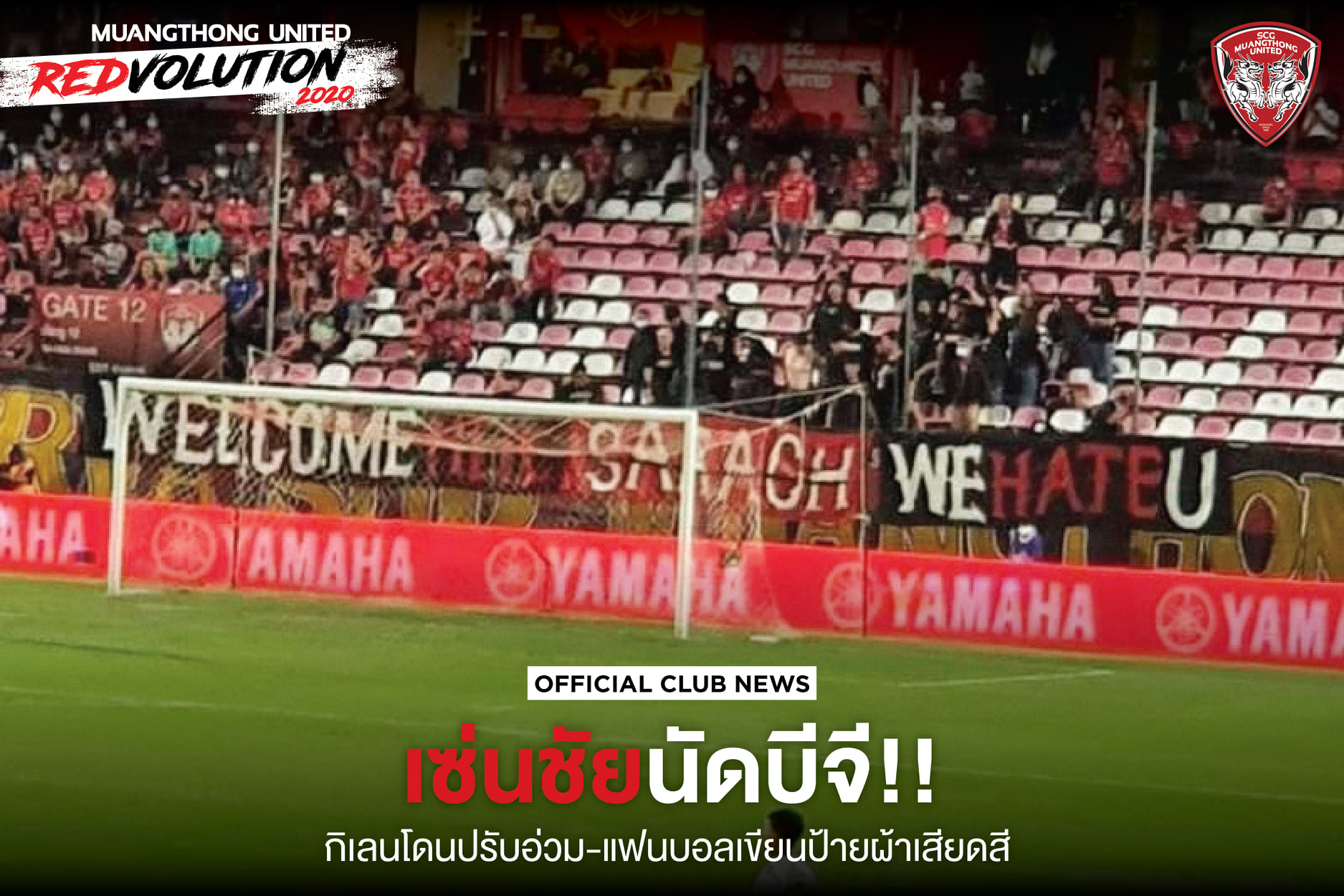 SCG Muangthong United have been fined by the league after supporters displayed a banner that had a hateful message.

The league in reviewing the decision stressed that this was not the first time the "ULTRA" fans had displayed inapproriate behaviour, and that the club was not doing enough to prevent such actions.  The banner was displayed during Sunday's FA CUP match between SCG Muangthong United and BG Pathum United.

The total fine amount of approximately 47,000 baht also took into consideration that the FA CUP match was a separate competition from regular league play.